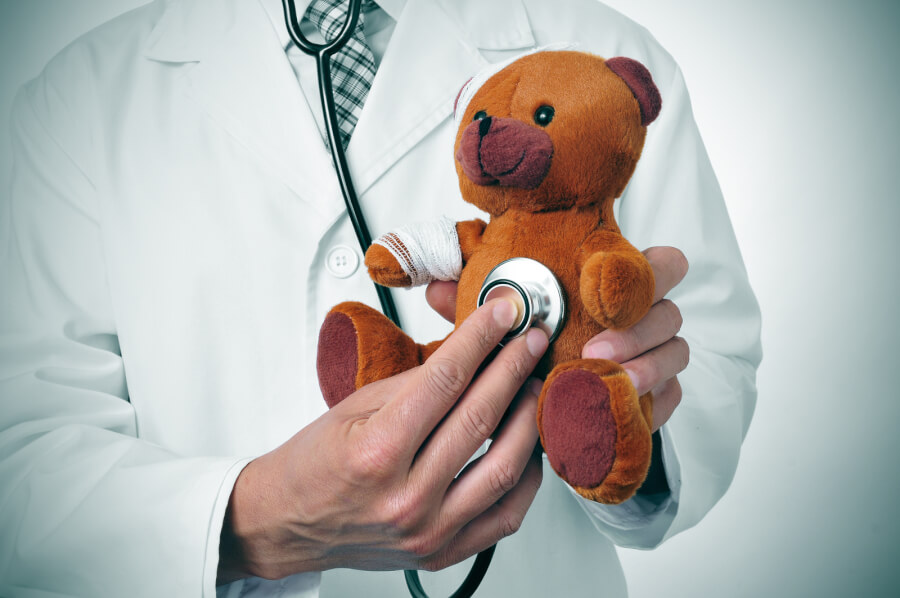 Telemedicine, already growing at breakneck speed, recently got  a significant endorsement from the American Academy of Pediatrics, the primary professional organization for U.S. physicians specializing in the care of children.

In a policy statement published in the July 2015 issue of “Pediatrics,” AAP’s official journal, the organization’s Committee on Pediatric Workforce said that telemedicine technologies have “the potential to transform the practice of pediatrics.”

Not All Uses Endorsed

Although AAP’s endorsement gives added momentum to the telemedicine movement, the group carefully spells out the specific areas where it believes telemedicine has a vital role while at the same time identifying other uses of telemedicine its feels may be counterproductive.

Perhaps most importantly, AAP believes that telemedicine provides a way to increase the access of remote and underserved populations to pediatric care. The policy statement notes that the uneven geographical distribution of pediatrics professionals “is at least partly to blame for differential health outcomes between rural and non-rural populations, particularly for those children with special health care needs.”

The organization also endorses telemedicine for its ability to increase the capacity of its member physicians as well as the quality of the care they deliver.

However, AAP’s policy statement makes clear that its support of telemedicine is confined primarily to care provided within the patient-centered medical home, sometimes referred to as the primary care medical home or PCMH.

PCMH is a model of health care delivery in which all of a patient’s treatments are coordinated through the patient’s primary care physician. According to the American College of Physicians, this approach to health care delivery helps to ensure that patients “receive the necessary care when and where they need it, in a manner they can understand.”

AAP sees enormous potential for telemedicine when it’s used within the framework of PCMH but cautions that its use outside that framework “represents the antithesis of the medical home model of quality pediatric care.” Virtual health care services, such as might be offered online by an unfamiliar physician or pharmacy-run health clinic, run the risk of increasingly fragmented care. Such fragmented care, says the AAP, may lead “to incomplete or redundant services and wastes health care dollars.”

Among the weaknesses in existing research done on telemedicine’s benefits, AAP’s policy statement singles out the absence of clearly defined control and reference groups. Future studies, it suggests, should define the control as “the standard or level of care (or the communication/education standard) that would be provided in the absence of the telemedicine intervention.”

The AAP also enumerates what it sees as barriers to the expansion of telemedicine in this country. One such barrier is the high initial investment required to acquire the software, equipment, and telecommunications infrastructure needed to supply telemedicine services. AAP points out that some of the remotely located pediatricians and pediatric care centers that most need telemedicine services are in no financial position to make such investments.

Another roadblock to the expansion of telemedicine services can be found in the state and federal policies and regulations governing payment and licensure. Under existing rules, physicians practicing telemedicine in multiple states must comply with state licensing and other practice rules in each state in which they are practicing, either in person or via telemedicine technologies.

The AAP recommends that regulatory and licensing authorities partner with medical organizations “to overcome administrative, financial, and legislative barriers to implement telemedicine and expand patient access to health care.”

Yet another barrier is the failure of some hospital- and practice-based credentialing and privileging policies to cover telemedicine. Additionally, some states do not yet pay for telemedicine service or recognize the rules of the Centers for Medicare and Medicaid Services and the Joint Commission on privileging by proxy for telemedicine providers.

Already convinced of the key role that telemedicine can play in delivering pediatric care is Craig Sable, M.D., director of echocardiography and telemedicine at Children’s National Medical Center in Washington, D.C. According to an article posted at the website of Healthcare IT News, Dr. Sable’s program at the center handles roughly 1,500 telemedicine consultations annually. The program is hooked into a network of 24 telemedicine sites in seven states. Dr. Sable himself has consulting privileges at 25 hospitals in seven states.

According to the article, written by Eric Wicklund, editor of mHealth News, Dr. Sable painted a glowing picture of telemedicine’s potential at the Cisco Connected Health Summit held as part of the HIMSS15 conference in April 2015. He said the telemedicine program at Children’s National Medical Center is being used to connect the center’s physicians and specialists to children in need of health care no matter where they may be located.

However, Dr. Sable acknowledged that telemedicine faces plenty of challenges, not the least of which is the lack of uniformity in state criteria and guidelines governing the practice of telemedicine. He pointed out that as of early spring 2015 only seven states had scored an “A” on the American Telemedicine Association’s report card and only 10 states offered a telemedicine license. Dr. Sable hailed ATA’s program for accrediting telemedicine providers, saying that “overall, this will improve health care, not diminish it.”

In yet another positive development for the increased use of telemedicine in pediatrics, researchers at the University of California-Davis Health System revealed that telemedicine makes good economic sense. They published an economic evaluation of telemedicine consultations for children in rural emergency department in a May 2015 issue of “Medical Decision Making.”

While acknowledging that telemedicine systems are expensive to install and maintain, the UC Davis research team found that they more than pay their way. James Marcin, M.D., interim head of pediatric critical care medicine at UC Davis, noted that while earlier studies had confirmed telemedicine benefits for children, families, and providers, the issue of cost had not previously been addressed.

In the wake of UC Davis’s economic evaluation, said Dr. Marcin, it’s been demonstrated that telemedicine not only improves “quality, safety and satisfaction, but it also saves money.” UC Davis researchers worked closely with health economists to determine the actual costs of a telemedicine consultation as well as the potential savings.

In determining the cost of a typical telemedicine consultation, researchers took into consideration the cost of investments in equipment, software, and IT support, as well as the cost to urban hospitals of keeping sub-specialists on call to assist their rural colleagues. Tallying these and other related costs, they determined that the average cost per telemedicine consultation was $3,641. But in weighing the other side of the balance sheet, they determined that each such telemedicine intervention resulted in an average savings of $4,662.