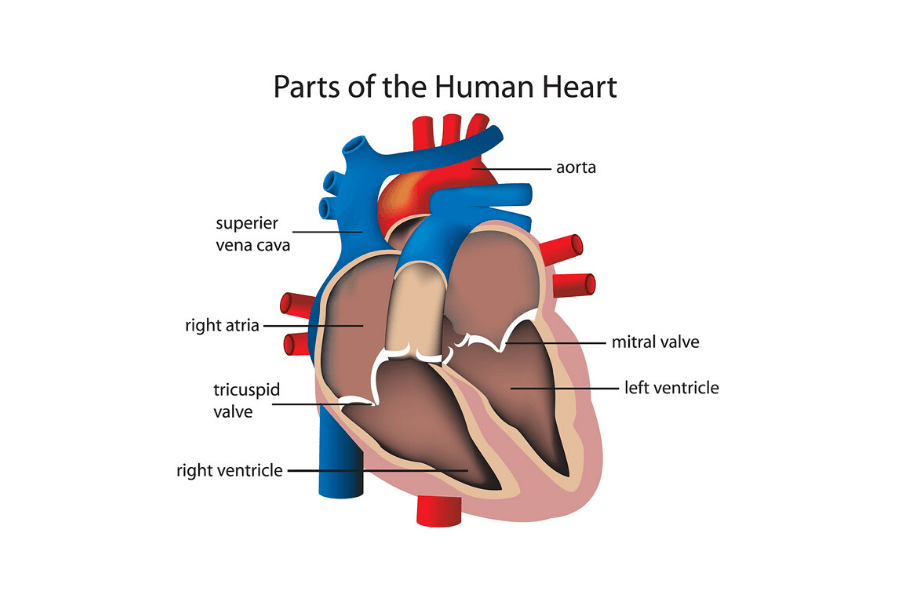 Taiwanese researchers have found that many men with erectile dysfunction also suffer from a common heart valve defect. In the United States, Penn Medicine estimates that 3 to 5 percent of all Americans suffer from mitral valve prolapse.

A recently published study by Taiwanese researchers found that men with erectile dysfunction were significantly more likely to have previously suffered mitral valve prolapse than men without ED.

The association between heart health and erectile function is already well established, so it’s hardly surprising that any heart defect might have a negative effect on a man’s ability to get and keep an erection. And the study’s findings do suggest that the mitral valve prolapse (MVP) in these cases preceded, or at the very least occurred simultaneously with, the development of ED.

What Is Mitral Valve Prolapse?

For those unfamiliar with MVP, the American Heart Association defines it as “a condition in which the two valve flaps of the mitral valve do not close smoothly or evenly, but instead bulge (prolapse) upward into the left atrium.”

According to Penn Medicine, an entity of the University of Pennsylvania, 3 to 5 percent of all Americans suffer from MVP, the most widely occurring cardiac valve problem in this country. Many individuals with MVP may be unaware that they’re suffering from this valve problem because it often occurs without triggering any adverse symptoms.

Also known as floppy valve syndrome or click-murmur syndrome, MVP sometimes allows the leakage of small amounts of blood backward into the left atrium, which can trigger a heart murmur.

In patients with symptomatic MVP, the warning signs of the defect include fatigue, chest discomfort, and heart palpitations. The problem is often diagnosed when a doctor detects a murmur while monitoring a patient’s heart with a stethoscope.

The Taiwanese researchers, most of them affiliated with Taipei Medical University, compared data from 48,755 men with ED to data from a control group made up of 195,020 men who were free of ED. They found that those with ED had a significantly higher occurrence of MVP than those in the control group. The Taiwanese research team published its findings in the November 15, 2019, issue of The American Journal of Cardiology.

As previously noted, the vast majority of patients with MVP experience no symptoms at all. Penn Medicine estimates that in 10 to 15 percent of all patients with MVP, the backward leakage of blood into the left atrium becomes serious enough to require surgical repair.

Is Viagra Safe to Use?

For men who suffer from both ED and a heart valve defect, the question naturally arises about how best to treat their impotence without exacerbating the valve problem.

Viagra and its generic equivalent, sildenafil, have been used in the past to treat patients with high blood pressure in their lungs, a condition that can arise secondary to MVP. This would suggest that MVP patients can probably safely use Viagra or other ED medications to combat symptoms of impotence. However, it’s always best to check first with your doctor.

If your doctor clears you to use Viagra or one of the other PDE5 inhibitors to treat ED, you might want to consider ordering those medications online from eDrugstore.com, a longtime prescription drug service. Many men have found that ordering their drugs through eDrugstore saves them both time and money. To learn more, visit eDrugstore’s  Erectile Dysfunction page.