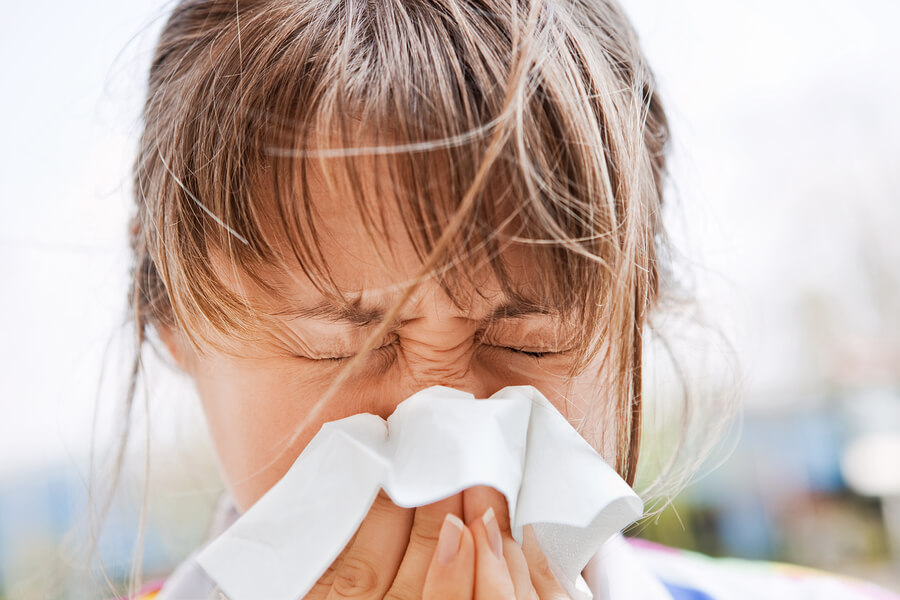 By shifting to a longer-term solution like Nasonex, a steroid nasal spray, people dependent on decongestant sprays can break out of that cycle of dependency, which results from “rebound” congestion after using decongestants for too long.

People with allergies often use over-the-counter nasal sprays to manage their symptoms of a runny, stuffy nose.

Because these sprays bring fast relief with minimal side effects and are readily available without a prescription, they’re very popular among allergy sufferers and people with common colds. Sprays sold under the names Afrin, Dristan, and Neo-Synephrine, as well as many store-brands, provide quick relief that lasts for several hours.

Over-the-counter nasal sprays are topical treatments, as opposed to antihistamines and decongestants taken in pill or liquid form, and because they’re applied directly into a stuffy nose, they have fewer side effects than oral medications for allergy symptoms. When taken according to directions, nasal decongestant sprays are not absorbed into the bloodstream in significant quantities.

They work both by causing the blood vessels lining the nose to contract, and by shrinking swelling in the nose and sinuses, which together relieves stuffiness and runniness. However, you should not use these products for more than three days due to a rebound effect that can cause symptoms to worsen.

What Is Nasal Spray Dependency?

The rebound effect from prolonged use of decongestant nasal sprays is called rhinitis medicamentosa. Nasal sprays aren’t “addictive” the way narcotics and illicit drugs are, but when used long term, they cause a cycle of dependency: the longer you use nasal decongestant sprays, the more the congestion worsens when the medication wears off, a condition known as rebound congestion. That causes a person to use more of the spray (or use it more frequently) to get relief from nasal congestion, and this cycle of dependence can be established after just 5 to 7 days of use.

How Nasonex is Different from Traditional Nasal Sprays

Nasonex is a prescription nasal spray containing a corticosteroid called mometasone, and it’s used similarly to over-the-counter nasal sprays to treat seasonal or year-round allergies. Nasonex also reduces swelling and inflammation in the nose, but the effect is not as immediate as it is with traditional nasal sprays. Nasonex usually starts working within 12 to 48 hours. It is usually taken once a day. Because Nasonex works in a different manner than commonly-used nonprescription nasal sprays, it doesn’t cause the rebound effect other nasal sprays do.

Nasonex and Breaking the Cycle of Nasal Spray Dependency

Quitting over-the-counter nasal sprays cold turkey after developing dependency is possible, but it can be quite unpleasant to live with the rebound congestion until the nasal tissues are functioning properly again.

Some doctors prescribe Nasonex to help those who have developed nasal spray dependence to wean off the over-the-counter sprays. Nasonex takes a little longer for the effects to become noticeable, but your doctor will explain how much Nasonex to use, and how to wean off the over-the-counter sprays. This method helps relieve some of the misery of rebound congestion, while allowing those who have depended on nonprescription sprays to cut back and then quit using them.

With over-the-counter nasal decongestant sprays, it’s essential to follow the label directions in terms of frequency of use, and to discontinue use after the recommended number of days. By following the usage directions, you can prevent the problem of rebound congestion and nasal spray dependence.

Drugs like Nasonex are safer for long-term use, according to the Cleveland Clinic, and there is little evidence they cause whole-body side effects. People who are prescribed nasal steroid sprays like Nasonex should use the lowest dosage that allows them to control symptoms. People who use drugs like Nasonex should have their nasal cavities examined annually (or however often their physician recommends) to ensure there is no damage to the nasal septum. Children who take these medications should be monitored regularly by a physician.

eDrugstore.com dispenses prescription Nasonex through US-licensed pharmacists and ships the product quickly – often on the day it’s ordered. eDrugstore.com is committed to the highest levels of customer satisfaction, and adheres to the highest standards of online security and customer privacy. Click here to get started with your order!