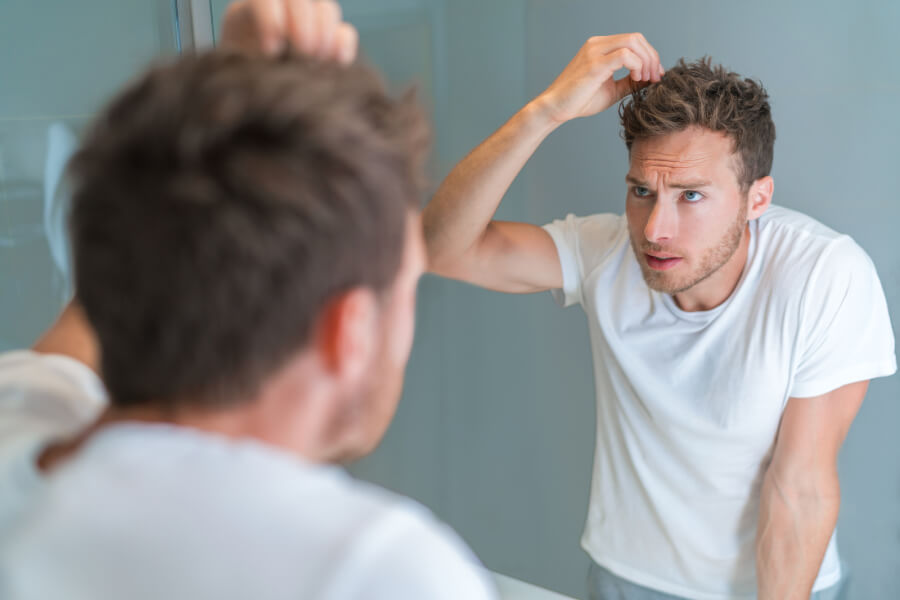 Stem cell therapy may someday become a powerful weapon in the fight against hair loss. However, like much of the research in this area, it remains largely experimental and not yet ready for prime time.

Hair loss is common, but its prevalence in the population doesn’t mean that people have an easy time accepting it.

In the United States, more than 40 million men and 21 million women are affected by hair loss to some degree. Though hair loss may be caused by many different diseases and conditions, most hair loss, particularly in men, is simply down to genetics. Male pattern hair loss results from a combination of genetics and male sex hormones. Typically hair is lost in a specific pattern where the front hairline recedes and hair thins out on top of the head.

What Are Stem Cells?

Researchers are currently performing studies on how stem cells may be used to prevent or cure a huge range of diseases and injuries. Some of the diseases for which stem cell research is being pursued include devastating diseases like Parkinson’s disease, Duchenne muscular dystrophy, and rheumatoid arthritis. Stem cell procedures are already being used in lifesaving treatments for lymphoma, leukemia, and some types of solid tumors. And now, research is being conducted to explore the potential of using stem cells to regrow hair in people with hair loss.

Researchers from the Department of Developmental and Stem Cell Biology at the Sanford-Burnham Medical Research Institute in California have developed a way to induce hair follicle formation when specially-developed stem cells are transplanted under the skin of mice. The research team used cells known as neural crest (NC) cells, which are stem cells that develop into many different types of tissues, including nervous system tissues, adrenal tissues, and some types of craniofacial tissues.

The team, led by Alexey Terskikh, started with human embryonic stem cells, which they used to create NC cells. They then were able to make these cells behave like dermal papillae (DP) cells in cultures. These cells have “markers” that are typically found in adult human DP cells, and can be induced to form hair follicles in mice.

Why Can’t Adult Cells Be Used?

It would be simpler if adult DP cells could be used to form hair follicles, but scientists have not had much luck with them. Adult DP cells have been shown to be unsuitable for this purpose, because they’re hard to obtain in sufficient quantities, and when placed in cultures, they lose their ability to produce hair follicles. Says Terskikh, “In adults, dermal papillae cells cannot be readily amplified outside of the body and they quickly lose their hair-inducing properties.” But they now have a protocol to make human embryonic stem cells differentiate into DP cells and have demonstrated that these cells grow hair when transplanted into mice.

Terskikh hopes that soon his team will be able to transplant human DP cells derived from embryonic stem cells back into human subjects, but the research is still in its early stages. After optimizing cell preparation procedures, he wants to perform transplantation experiments with human volunteers to better gauge the clinical usefulness of the procedure.

In principle, the use of these stem cells should enable medical researchers to generate a sufficient supply of patient-specific cells so that there are no problems with immune system rejection of the cells. If this can be done, stem cells could allow a lifelong supply of hair follicles and a promising treatment for hair loss.

Men who experience male pattern hair loss have options besides hair transplantation, but there aren’t any cures for this type of baldness. A topical drug called minoxidil is applied directly onto the scalp twice a day, and can stimulate hair growth and slow hair loss. This drug works best in people under age 40, or those whose hair loss is recent. Typically, a person would have to use minoxidil for several months, or possibly up to one year before noticing results from it. Women with thinning hair can use minoxidil, too.

Another option for treating male pattern hair loss is an oral drug called Propecia. The active ingredient in Propecia, finasteride, prevents testosterone from being converted into a form called dihydrotestosterone (DHT). High circulating DHT levels in the scalp cause hair follicles to shrink and produce thinner, shorter hair, and can eventually shut down hair follicles altogether. Propecia has to be taken every day, and like minoxidil, it may take months before results are noticed. Propecia tends to work better in men who take it soon after noticing hair loss compared with men who have more extensive or long-lasting hair loss.

Hair loss can take a psychological toll, despite the fact that it is extremely common. Today, medications and hair transplantation are options, but in the future, stem cells could be used as an effective long-term solution to hair loss.