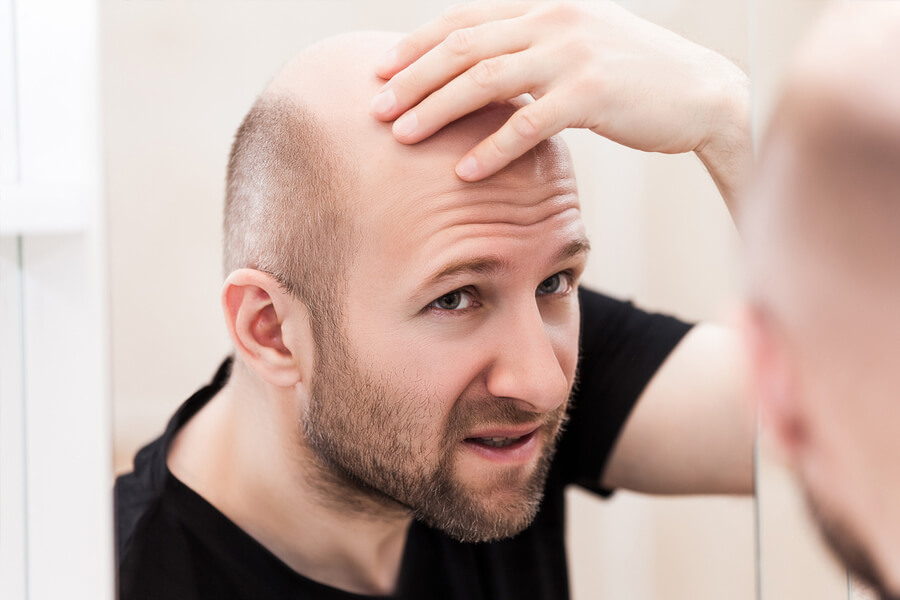 Stem cell technology holds the promise of improved hair-loss treatments one day. But until that day comes, Propecia and finasteride remain the most powerful weapons against male pattern baldness.

A California-based researcher had some hopeful news to report at the 2019 annual meeting of the International Society for Stem Cell Research.

Not Ready for Use in Humans

The emphasis here necessarily must be on “someday,” because it’s clear from Terskikh’s report that this technology is far from advanced enough to offer any immediate hope to those who are follically challenged.

Terskikh said he and his colleagues used human induced pluripotent stem cells to grow hair on mice that were hairless because of genetic immunodeficiencies. Terskikh’s research team combined skin and hair cells from both mice and humans that were then implanted into the mice. The end-result was the growth of hair in mice that were originally genetically predestined for baldness.

Not Yet Ready for Prime Time

This stem cell research does offer hope that stem cells could hold the key to the regrowth of hair lost to male pattern baldness. However, it’s clear that the stem cell approach to hair-loss treatment is hardly ready for prime time, at least in humans. Much more research and clinical testing will have to be done before a viable treatment for humans is available.

In the meantime, however, finasteride, the active ingredient in Propecia, should be considered “the first line of attack” for men looking for a way to treat their male pattern baldness, according to the American Hair Loss Association.

Male pattern baldness, also known as androgenetic alopecia, is triggered by dihydrotestosterone, or DHT, a hormone that’s a derivative of testosterone. For reasons that are not completely understood, DHT triggers a gradual miniaturization of hair follicles. As these follicles shrink, they eventually become so small that they can no longer support hair growth.

Finasteride doesn’t attack DHT directly. Rather, it targets an enzyme known as type 2 5-alpha reductase that is known to convert testosterone into DHT. The less DHT that is present, the better the outlook for hair retention and hair regrowth.

You’ll need a prescription to purchase either Propecia or finasteride. You can fill that prescription at your neighborhood pharmacy, or you can opt instead to order the drug from longtime online facilitator eDrugstore.com. Ordering the drugs online can usually save you both time and money.

If you already have a prescription for Propecia or finasteride, you can fax it or scan and email it to eDrugstore along with your order. If you don’t have a doctor’s script, eDrugstore will set up a complimentary online consultation with a licensed U.S. physician who will authorize a prescription if appropriate. This complimentary consultation service alone can save you a good deal of time and money.

Once you place an order with eDrugstore, it’s quickly filled, packaged discreetly, and shipped free of charge to the destination of your choice. To learn more about all that eDrugstore has to offer, visit its Hair Loss page.