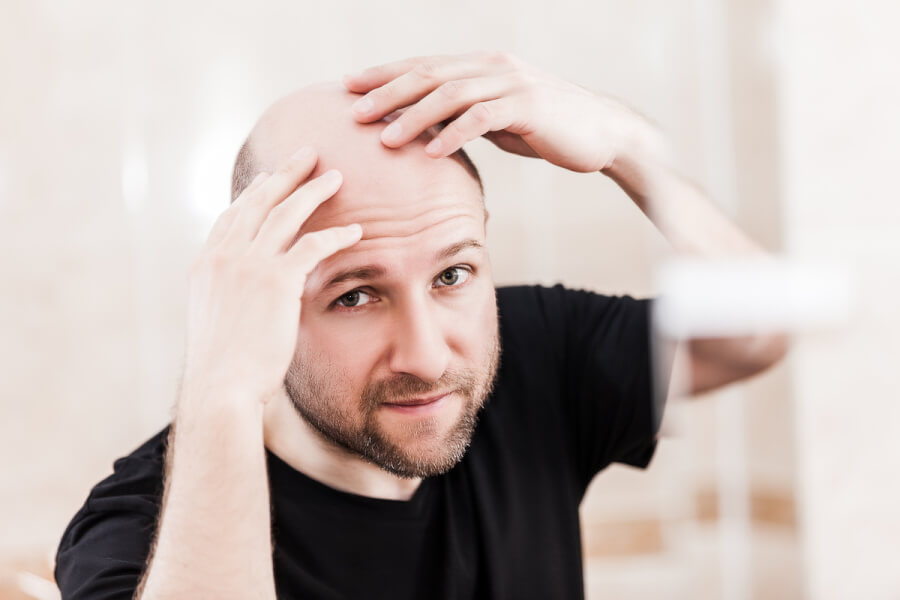 Exciting new discoveries in stem cell research could help develop new hair- loss treatments within the foreseeable future. In the meantime, your best bet for fighting hair loss is Propecia and its generic equivalent, finasteride.

Stem cells have been explored for some time as a possible trigger for new hair growth in men and women who have lost or are losing their hair. Greater insight into how stem cells accomplish their task of regenerating skin and hair could advance hair loss research significantly. A recent discovery might very well hold the key to such advances.

The tissues of the body rely on stem cells for both routine maintenance and the repair of damage. A nagging question for stem cell researchers has been how stem cells communicate with one another so that they can coordinate their efforts on such tasks.

A team of researchers led by Elaine Fuchs of New York’s Rockefeller University has found that a key component within and between stem cell niches facilitates this communication, allowing stem cells to synchronize their efforts. That component is the lymphatic capillary, which works hand in hand with stem cells to accomplish the vital tasks of maintenance and regeneration.

In an interview with ScienceDaily.com, Fuchs said, “The involvement of the lymphatic system in this process is a new concept and might potentially provide new therapeutic targets for lymph-related conditions such as wound-healing defects and hair loss.”

A Pathway to New Therapies?

This important discovery about the way in which stem cells communicate and, more importantly, the role of lymphatic capillaries in such communications could pave the way for major advances in hair loss treatment. The findings from this research were published in the October 31, 2019, issue of Science.

As exciting as this latest discovery is, it’s not the only stem cell-related research into hair-loss treatment that’s emerged in recent months. Researchers at the Sanford Burnham Prebys Medical Discovery Institute in La Jolla, California, successfully used human induced pluripotent stem cells to stimulate the growth of natural-looking hair. These findings were presented on June 27, 2019, at the annual meeting of the International Society for Stem Cell Research, according to ScienceDaily.com.

A Definition from the NIH

The National Institutes of Health defines induced pluripotent stem cells (iPSCs) as “adult cells that have been genetically reprogrammed to an embryonic stem cell-like state by being forced to express genes and factors important for maintaining the defining properties of embryonic stem cells.”

So exciting are the prospects for the use of iPSCs to generate new hair growth that a newly formed company, Stemson Therapeutics, quickly licensed the new technology.

As you can see, research continues apace on the use of stem cells to regenerate hair follicles and thus grow new hair or regrow hair that’s been lost.

Until one of these stem cell-related treatments for hair loss makes its way to market, the best hope remains finasteride, an oral medication the American Hair Loss Association recommends as “the first line of attack for all men interested in treating their male pattern baldness.” Finasteride is also sold under the brand-name Propecia.

If you’d like to order either finasteride or Propecia online, eDrugstore.com is the place to go. A longtime prescription drug service, eDrugstore is based in Tempe, Arizona, and has been in business since the late 1990s. By ordering online, you won’t need to be driving to and from the pharmacy to get your drugs. No more waiting in lines, either.

If you don’t yet have a prescription, eDrugstore has a solution for you. Take advantage of its complimentary consultation service. You’ll be matched up online with a physician licensed to practice in your state. If you are an appropriate candidate for the drug, a prescription will be authorized. To learn more, visit eDrugstore’s Hair Loss page.