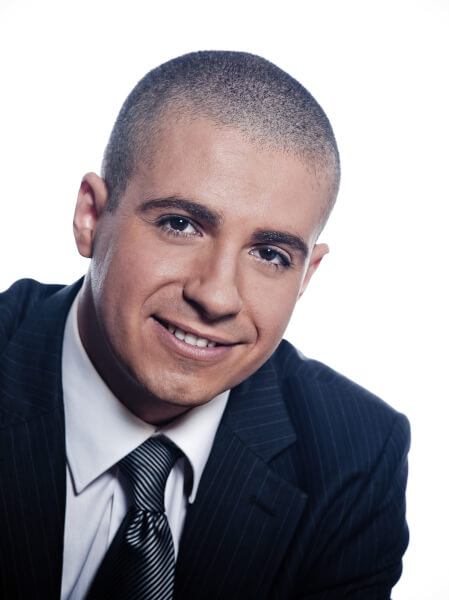 Yet another option — scalp micropigmentation — is now available for men who are fighting a losing battle against hair loss. While this procedure won’t create any new hair to replace the follicles you’ve lost, it can help to cover up the effects of hair loss, providing a largely cosmetic approach to the problem that seems to be working well for some men.

Androgenetic alopecia, also known as male (and female) pattern baldness, accounts for more than 95 percent of all hair loss in men, according to the American Hair Loss Association. And it’s hardly a problem limited to seniors. AHLA reports that about 25 percent of men who suffer from male pattern baldness notice the first signs of hair loss before they reach the age of 21. By the age of 35, roughly two-thirds of all men will experience some degree of hair loss, and by the time they are 50, roughly 85 percent of all men are experiencing significant thinning of their hair.

While there are those among the legions of follically challenged menfolk in this country who have boldly embraced the bald look, the vast majority of men take a far less kindly attitude toward hair loss. All of which accounts for the millions of dollars spent each year to slow hair loss, replace lost hair, or create the illusion of hair where there is none. In fact, ABCNews.com estimates American men spend $1 billion a year on potions, lotions, and creams to stop hair loss and/or regrow hair, as well as hair pieces, toupees, or even tattoos to cover up hair loss.

Scalp micropigmentation, as it turns out, is “a permanent cosmetic ‘tattoo’ that mimics the very short hairs of a closely shaved scalp,” according to New Hair Institute, a Los Angeles-based group of physicians specializing in hair transplantation and scalp micropigmentation.

Some men with relatively full heads of hair like the look, feel, and easy maintenance of a shaved head, which is the appearance replicated by scalp micropigmentation. Unless someone actually touches your head after the procedure has been completed, it’s virtually impossible to distinguish between those results and a full head of hair that’s been freshly shaved.

The SMP procedure is usually performed under local anesthesia to minimize or eliminate any discomfort. At New Hair Institute, the doctors and technicians inject the pigment with a handpiece that features three needles and cycles at a rate of 140 cycles per second. A full-head SMP procedure usually takes five to seven hours, and most often is spaced out over two to three sessions.

To minimize pigment bleeding from one dot to another, New Hair Institute doctors and technicians try to carefully control the depth to which pigment is injected. They also prefer to limit injections to small dots, which tend to bleed less because of the smaller amount of pigment injected.

Scalp pigmentation has proven to be an attractive alternative for balding men who don’t want to or can’t undergo much more costly hair transplantation procedures. New Hair Institute notes that SMP is “a permanent ‘concealer’ medically tattooed on the scalp with special pigments and an alternative to the topical daily application of powders, fibers, and other cosmetic concealers (such as Toppik or DermMatch).”

In addition to the hassle of frequent application, these other temporary concealers tend to be messy, transferring easily onto clothing, upholstery, and pillow cases, and don’t hold up well to close scrutiny.

Apart from its growing popularity as a way to conceal the effects of male pattern balding, SMP offers a convenient way to conceal a variety of scalp deformities that are either natural or the result of earlier hair transplant procedures. In the early years of hair transplant surgery, large plugs of hair-bearing scalp were literally punched out from the back of the neck to be transplanted onto the crown of the head. These unsightly donor sites now can usually be concealed by expertly applied SMP.

Can Help Women Too

SMP is also popular with women who are slowly losing their hair, allowing them to add hair-colored pigment to the scalp in areas of greatest loss, thus making it more difficult to detect the degree of hair loss.

While it may be the only choice for men who are not good candidates for hair transplants or those who prefer not to be burdened with the hassle of a hair piece, SMP has a much more manageable price point than hair transplantation. While the latter can cost as much as $15,000 to $20,000, SMP is much more affordable. A full-head SMP procedure is unlikely to run much more than $5,000 to $6,000. And smaller jobs, such as filling in an area where hair has receded, usually involve expenditures in the hundreds and not thousands of dollars.

In addition to its lower cost, SMP is less likely to require additional procedures once the initial series of injections has been completed. Hair transplant patients frequently must have follow-up transplants done to replace hair in areas where the original transplants failed to thrive or where new hair loss has occurred.

If you’re considering SMP as a possible solution to your hair-loss problems, it’s important to realize that not all SMP providers are created equal. As with other important consumer decisions, particularly those with the potential to alter your appearance for good or ill, the watchword must always be “caveat emptor” — let the buyer beware.

Before you rush headlong into an agreement to undergo an SMP procedure, you should first ask a potential provider for a list of previous clients so you can see how well satisfied — or not — they are with the services provided. Don’t commit to anything until all your questions have been satisfactorily answered. If you don’t like what you’re hearing, look elsewhere.

WCBS-TV, Channel 2 in New York, in May 2014 interviewed a number of SMP practitioners as well as some of their satisfied customers. Orian Barzilay, at that time an SMP technician at HIS Hair Clinic in New York City, told Channel 2 reporter Maurice DuBois that he had the procedure done himself before he became a practitioner.

“I’ve gone through four hair transplants,” Barzilay said. “Over $30,000 down the drain on procedures that didn’t take. This is the only thing that worked. Before that, I lived under a hat. Now my hats decorate my walls.”

Anthony Castigli, a client at the HIS Hair Clinic in New York, told DuBois that SMP has changed his life. “I wanted to look at myself . . . to feel confident and not hate what I see in the mirror.”

Helping to increase the popularity of SMP procedures is the growing adoption of the shaved-head look among some of Hollywood’s biggest stars. Among those who have made this look their trademark are Bruce Willis, Vin Diesel, Jason Statham, and Pitbull. In a 2013 article posted at HollywoodReporter.com, writer Susan Campos interviewed Jae Pak, M.D., an SMP practitioner at New Hair Institute in Los Angeles. Dr. Pak said, “There are a lot of actors who have had bad hair-transplant scars or are covering a bald spot, and this [SMP] frees them from using makeup.”