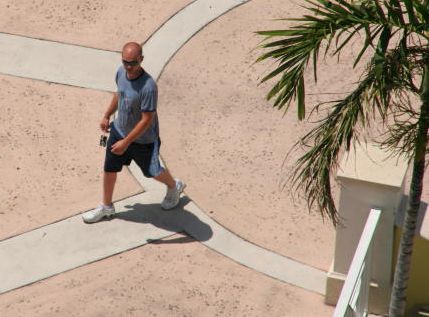 Propecia is the trade name for the prescription drug finasteride that is used to treat male pattern hair loss. It is a pill that is taken every day indefinitely to help slow or halt balding, and in many cases re-grow hair. Propecia is known as a type II 5-alpha reductase inhibitor. It works by reducing the conversion of ordinary testosterone into dihydrotestosterone  (DHT), which is associated with typical male pattern hair loss. Propecia must be taken long term, and when it is discontinued, any effects attained while on the drug will reverse.

1. “I’ve been using Propecia for about 10 years and it seems to be working very well. However, I’m still losing hair in the crown area but at a very slow rate. Overall, I’m very happy with Propecia.”

2. “I have been taking this drug religiously for three years and have not noticed any hair growth, though my bald spot has not gotten any bigger during that time. It is hard to know whether the drug is effective, or if that would be the natural progression of my baldness anyway.”

3. “Some decent extra growth of hair, especially on the crown of the head. Ostensibly some on the front of the scalp, but hard to tell. Overall, it definitely has helped to preserve the hair I have (I have a twin brother who is effectively the control group, since he doesn’t use such products, and he’s getting pretty bald).”

Rogaine is one of several trade names for the drug minoxidil. The exact mechanism by which the drug causes hair re-growth is not fully known. Minoxidil is available over the counter and is applied to the scalp to promote hair re-growth. Like Propecia, Rogaine in its 5% solution must be used long term in order for any hair re-growth to last. It tends to work better on those who have experienced hair loss for less than five years, and is best at re-growing hair at the hairline and temples, but should work wherever there is so-called “miniaturized” hair that is not completely bald. (Rogaine is also available in a less concentrated, 2% solution as “Rogaine for Women.”)

1. “No product currently out is going to give you back the hair like you had when you were a kid. But I’m the oldest of three boys and when I see my brother, who is six years younger, he is still jealous as hell that he’s totally bald and I’ve got quite a nice hear of hair. It’s not perfect, but I’m happy with it and I don’t think anyone would even consider me ‘balding’ anymore.”

2. “Actually noticed some fullness in my hair lately, been using for about 1 year. Seems to have decreased the hair loss although maybe it would have slowed down anyway, not sure.”

3. “While I did notice some regrowth, it was not significant enough to make me want to continue to use the product. That said, I have had clients who experienced great results with the product (as well as those who received no benefit at all). Every head of hair and every body is different, so while the product may not work for some, it may work very well for you. At around $15 for a month, it’s certainly more cost effective than many other treatments out there.”

What Medical Studies Say About Propecia and Rogaine

If you’re interested in trying Propecia or Rogaine, you can obtain them conveniently and at competitive prices from online medical facilitator eDrugstore.com. eDrugstore.com works with US-licensed pharmacists and offers great prices, speedy and secure shipping, and an unwavering commitment to customer privacy.