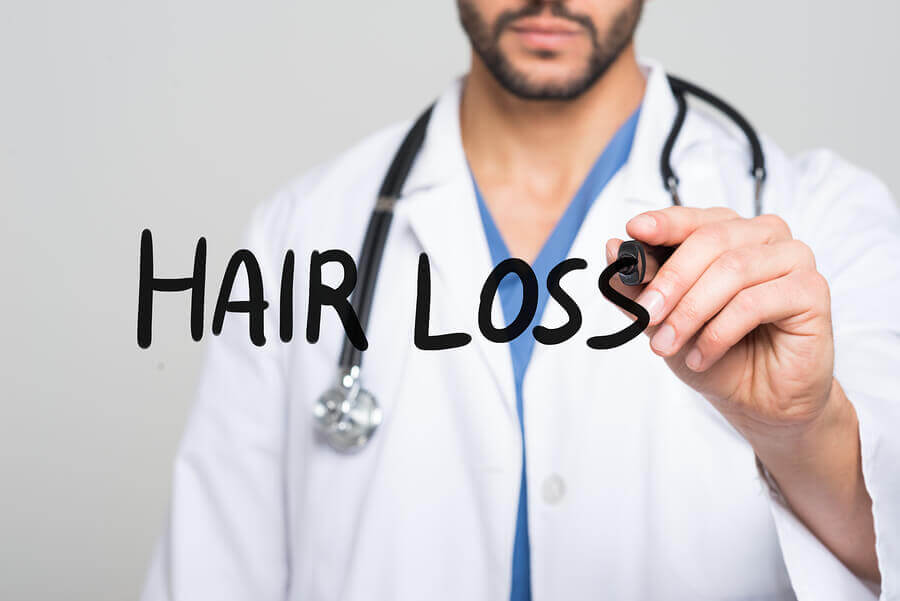 For men struggling with hair loss, Propecia and its generic equivalent, finasteride, are “the first line of attack” for treating male pattern baldness, according to the American Hair Loss Association.

Male pattern baldness, also known as androgenetic alopecia, is the primary cause of hair loss in both men and women. However, the prescribed dose of 1 mg daily of finasteride or Propecia for treating hair loss in men seems to have produced no real results in women during clinical trials.

A Higher Dose for Women?

According to a story posted at GoodRx.com, further testing has shown that higher doses of Propecia/finasteride might be effective for women. For now, however, we’ll confine this blog post to the widely accepted use of 1 mg Propecia/finasteride as a treatment for hair loss in men.

In clinical trials, Propecia/finasteride has stopped the progression of hair loss in 86 percent of male study participants, and it has produced a significant increase in hair growth in 65 percent of men during trials.

Drug Must Be Taken Daily

To continue to enjoy such results, men must continue to take a 1 mg tablet of Propecia or finasteride daily if they want to hold onto whatever gains the drugs produce for them. In the face of such a commitment, finding the lowest prices for these medications could save a bundle.

Secure Medical’s monthly review of select prescription drug prices does include both Propecia and finasteride, thus offering users an easy way to comparison-shop for these drugs.

For the month of January 2020, the average price of 1 mg Propecia was $4.36, which would add up to a monthly bill of $130.80 if taken faithfully every day. However, careful shoppers could have referred to Secure Medical’s price review to find that the price of the brand-name drug at Publix was only $3.77 per 1 mg tablet. Buying a month’s supply of Propecia at Publix in January would have cost only $113.10, a monthly savings of $17.70 over the average price.

To realize even greater savings, switching to Propecia’s generic equivalent, finasteride is a very attractive alternative. The average price of finasteride in January 2020 was $1.68, or a monthly total of $50.40, significant savings over the brand-name drug. But the savings could have been ratcheted even higher by making your purchase at Publix, where the price was only 58 cents per 1 mg tablet, or a monthly total of $17.40, $33 less than the average price.

DHT Is the Major Culprit

The culprit behind male pattern baldness is a hormone known as dihydrotestosterone or DHT. It’s a derivative of testosterone, which is the primary male sex hormone. Excessive scalp levels of DHT cause widespread shrinkage of hair follicles, which eventually shrink to the point that they can no longer support hair growth.

Propecia and finasteride don’t directly attack DHT, but they do inhibit the effects of Type II 5-alpha-reductase enzyme, which triggers the conversion of testosterone into DHT. With the enzyme sidelined, scalp levels of DHT quickly decline, slowing hair loss and making it easier to grow new hair.

For men who prefer the convenience and privacy of ordering their hair loss drugs online, eDrugstore.com makes it easy. Its competitive prices cover not just the medications themselves but a number of time- and money-saving services as well.

When you order your hair loss drugs from the Arizona-based prescription drug service, you’ll spare yourself the hassle of trips to and from the local pharmacy to have your prescriptions filled. And if you don’t yet have a prescription, eDrugstore has a solution for that as well. Its complimentary consultation service will put you in touch online with a physician licensed to practice in your state. If the doctor finds that you’re an appropriate candidate for either Propecia or finasteride, a prescription will be authorized.

The January 2020 prices for 1 mg Propecia and finasteride at eDrugstore were $5.41 and $1.14, respectively. To learn more, pay a visit to eDrugstore’s Hair Loss page.

With their average prices at recent lows, most brand-name erectile dysfunction drugs are more affordable than they’ve been in some time, according to data from Secure Medical’s monthly review of prescription drug prices. Viagra, the only exception to the overall downtrend in prices, is slightly more expensive, but not by much.