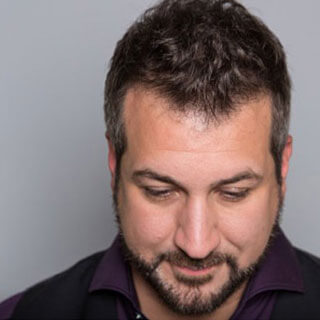 Joey Fatone, formerly of popular boy band ‘N Sync, is saying “Bye Bye Bye” to hair loss and is touting the life changing effects of hair restoration.  Starring in a commercial for Bosley Hair Restoration, Joey Fatone revealed that he had been battling hair loss for quite a while, and that he was tired of hiding his problem from his fans.

In a prepared statement released alongside the commercial, Fatone said ““Performing in front of a live audience of thousands of screaming fans can be pretty intimidating for even the most seasoned performers. You’re being scrutinized by your fans.“

He continued, “Back then, I was the only one in the group getting thinner on top. I became self-conscious and started wearing hats more often. Having a full head of hair was important to me, so I asked my manager what I could do about it.”

His manager pointed him in the direction of Bosley, and the former boy band member says he’s never been happier. The commercial highlight the aging pop stars drastic change, going from thinning locks to a full head of hair.

But he’s not the only “celebrity” coming out in support of hair restoration. AJ McLean of rival 90’s boy band Backstreet Boys also recently got hair restoration done, and took to Twitter to show off his restored locks.

Fatone stresses that hair loss is nothing to be ashamed of, and that restoration is a viable option for any men grappling with the problem.