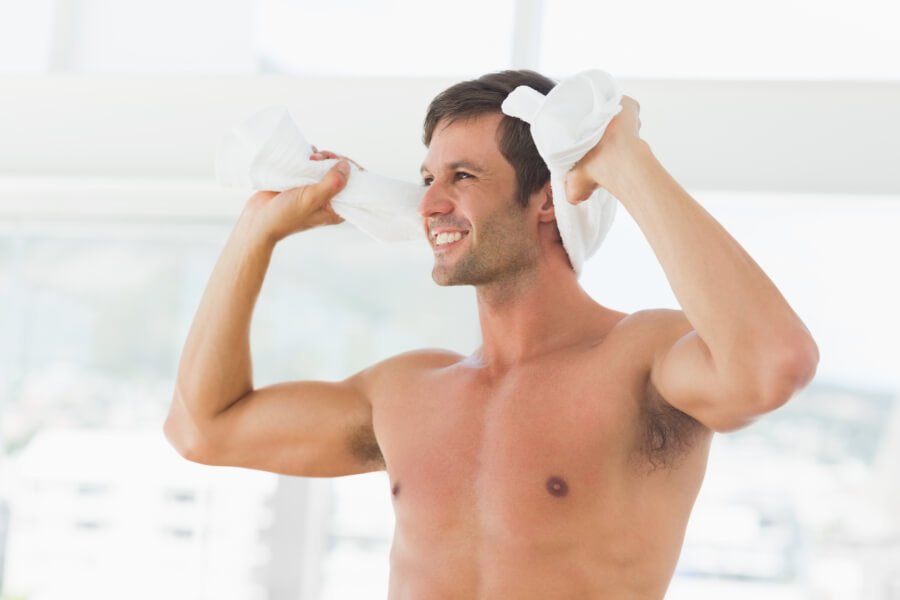 Thinning hair affects millions of men in America; Propecia can help. Although hair loss is sometimes considered a natural part of the aging process for men, that’s not always the case.

Even young men can suffer thinning hair, and it can be equally disheartening for any man at any age. Fortunately, the prescription medication, Propecia, really does work.

Many women also experience hair loss. And like men, it can happen at almost any age. But Propecia is only for men; it’s not approved for use by women.

If you’re tired of looking in the mirror and seeing less and less of the full head of hair you once had, maybe it’s time to think about trying Propecia.

The Common Cause of Hair Loss in Men

Hair loss in men is generally called androgenic alopecia. It’s also referred to as “male pattern” hair loss, although it can affect men and women.

The indicators of androgenic alopecia are a receding hairline, which can sometimes take on the shape of an “M” at the center, according to the U.S. National Library of Medicine, Genetics Home Reference section, “Androgenetic Alopecia.”

This condition can also create a straight receding hairline without the M shape, or total loss of hair on the scalp. The Androgenetic Alopecia article explains that while it affects more men over the age of 50, it can occur as early as in the teen years.

Although it’s common, that doesn’t mean it’s a mysterious phenomenon. There are known genetic factors, such as the AR gene, that contribute to the condition.

The growth cycle of a hair is different for every person. It begins at the base of hair follicles, and each hair generally lives for about 2 to 6 years before falling out. When there is an excess of androgens in the follicle, hair growth can slow, the life cycle of existing hairs can shorten, and the diameter of individual hairs might decrease.

Because of the genetic link, inheritance can play a role in whether you’ll develop androgenetic alopecia. If you have close relatives who have experienced male pattern hair loss, chances are you carry the gene, too.

Androgenic alopecia shouldn’t be confused with alopecia areata, which can be a symptom of a greater health problem. Alopecia areata creates dramatic hair loss, often in patches, and can occur in men, women, and children. The National Alopecia Areata Foundation explains that this condition is autoimmune, difficult to treat, and can cause full hair loss on the entire body. Fortunately, it’s also much less common than androgenetic alopecia.

What the Prescription Medication Propecia Is

Propecia, also known as Finasteride, is a prescription medication that has helped many men slow down hair loss and restore hair.

It was originally developed as a prostate medication to help manage enlarged prostate, according to WebMD. But during the clinical trials, many of the participants noticed that they were regrowing some of the hair they’d lost.

Such an outcome isn’t unusual. Many medications are found to help with other medical issues during the clinical trial process.

For example, Viagra wasn’t originally developed for the treatment of erection health problems. First, it was a treatment for certain coronary conditions. The side effect, of course, was an unexpected erection health boost.

In December of 1997, Finasteride was given the FDA’s stamp of approval for the treatment of male pattern hair loss. What’s really interesting is that it’s the first drug of its kind to help most men who use it.

That’s a huge statement. Not just some men, but most men who use Propecia will not just stop the loss of existing hair, but actually regrow at least some of the hair they have lost.

How Propecia Helps Slow and even Reverse Hair Loss

Like all medications, there’s a tangible cause and effect reason why Propecia works.

There’s an enzyme that converts testosterone into androgen dihydrotestosterone or DHT. This enzyme is called 5-alpha-reductase, according to WebMD. DHT causes the hair follicles to shrink, which is what creates hair loss, smaller diameter hairs, and the slowing (or stopping) of new hair growth.

Propecia, or more specifically, Finasteride, is a 5-alpha-reductase inhibitor. This means when you take Propecia, it inhibits the enzyme’s ability to convert testosterone into DHT. The result is that less DHT means less damaging effect on the follicles.

WebMD explains that the only way to truly stop and reverse hair loss is to lower the levels of DHT on the scalp. Propecia does that. What’s more, it works for the majority of men who use it.

Worth noting is that once you start taking Propecia, you need to keep it up. In the absence of a 5-alpha-reductase inhibitor, DHT on the scalp will most likely return to the levels they were before you started using the medication.

Some men notice a difference in as few as 3 months of taking the medication regularly. But of course your mileage may vary. For some men, it takes 6 months or more to see the same results. And for the best assessment of whether it’s working for you, the Merck & Co.’s website for Propecia explains that you’ll need to use it for a year.

The manufacturer goes on to say that if Propecia hasn’t shown any measurable difference in hair loss or the growth of new hair after 12 months, then it’s safe to assume that it’s not going to work for you.

Hair loss affects men around the world, and it always has. There have been many ways men have approached treatment, too.

Contraptions that sent electrical impulses to the scalp were the rage in the last century. And preparations such as creams, washes, tonics, and other topical treatments have likely been around since men first spotted thinning hair where it was once full and lush.

You could opt for hair replacement, such as grafting, but that’s a painful and expensive surgical procedure. Instead of all the other remedies, why not think about the alternative, which is a medication that’s proven to work for most of the men who have tried it?

eDrugstore.com sells the prescription medication, Propecia, which is clinically proven to stop the cycle of hair loss and regrow hair in most of the men who use it. We offer privacy and convenience of online shopping, and your discreetly-packed shipment arrives right at your door. If you’re ready to try something that really works, see what eDrugstore.com has to offer.