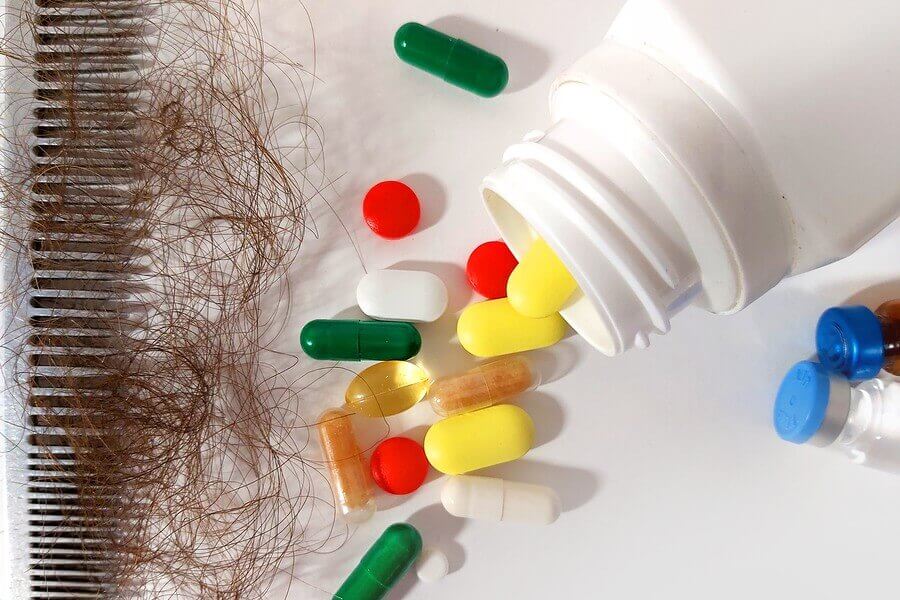 The best treatments for hair loss are Propecia and its generic equivalent, finasteride. Adding dietary supplements to your hair loss treatment plan probably won’t hurt, but it’s unlikely to significantly improve the outcome.

Widely acknowledged as the most effective treatments available for male pattern baldness, Propecia and its generic equivalent, finasteride, have been shown to halt hair loss in up to 86 percent of men using it in clinical trials. Even more impressive, these drugs stimulated hair regrowth in 65 percent of those participating in the trials.

These impressive results prompted the American Hair Loss Association to recommend finasteride, which is also the active ingredient in Propecia, as “the first line of attack for all men interested in treating their male pattern baldness.”

Can I Do Even More?

It’s almost inevitable that men fighting male pattern baldness (androgenetic alopecia) would wonder if they couldn’t get significantly better results by adding dietary supplements known to support hair health to their treatment regimens. Sadly, the answer to that question is “probably not,” although it’s unlikely to have any real negative effect on the health of those who decide to take the supplements and might even help a little.

Interviewed by Yahoo Lifestyle, Michelle Henry, M.D. a clinical instructor of dermatology at Weill Cornell Medical College, agrees that finasteride (Propecia) is the treatment of choice for those who are serious about fighting hair loss. For those who would prefer to wage that battle without committing to prescription drugs, Henry suggests that such supplements as biotin, collagen, saw palmetto, adaptogens, and plant-based proteins would probably be most helpful.

To Henry’s list of supplements that might help in the fight against hair loss, editors at GQ.com add flaxseed oil, folic acid, niacin, selenium, vitamins A and C, and zinc.

However, GQ’s editors say that while these supplements, at least in and of themselves, probably won’t work, they won’t hurt you either and could be beneficial to those who have diets low in these nutrients. But for real results, they suggest, you’re probably best advised to take your money and pay for a visit to a dermatologist who could get you started on finasteride or Propecia.

If you do decide to fight your hair loss with Propecia/finasteride, be aware that it’s probably going to be a lifelong commitment. These drugs produce results, but any progress they make on hair regrowth will almost certainly disappear once you stop taking the medications.

You’ll need a prescription to purchase either Propecia or finasteride. Many men have found that they can save both time and money by ordering these drugs through eDrugstore.com, a longtime online medical facilitator based in Tempe, Arizona. Its March 2020 price for finasteride is $1.25 per 100 mg tablet, reducing the monthly tab to only $37.50.

Better yet, eDrugstore’s prices encompass not just the drugs you’re ordering but a number of time- and money-saving services as well. Shipping and handling are free, sparing you the hassle of trips to and from the local pharmacy.

And for those who don’t yet have a prescription, fear not for eDrugstore has got you covered. Its complimentary online consultation service will schedule a telemedicine encounter between you and a physician licensed to practice in your state. If the doctor decides that you’re an appropriate candidate for the drug, a prescription will be authorized. To learn more, visit eDrugstore’s  Hair Loss page.