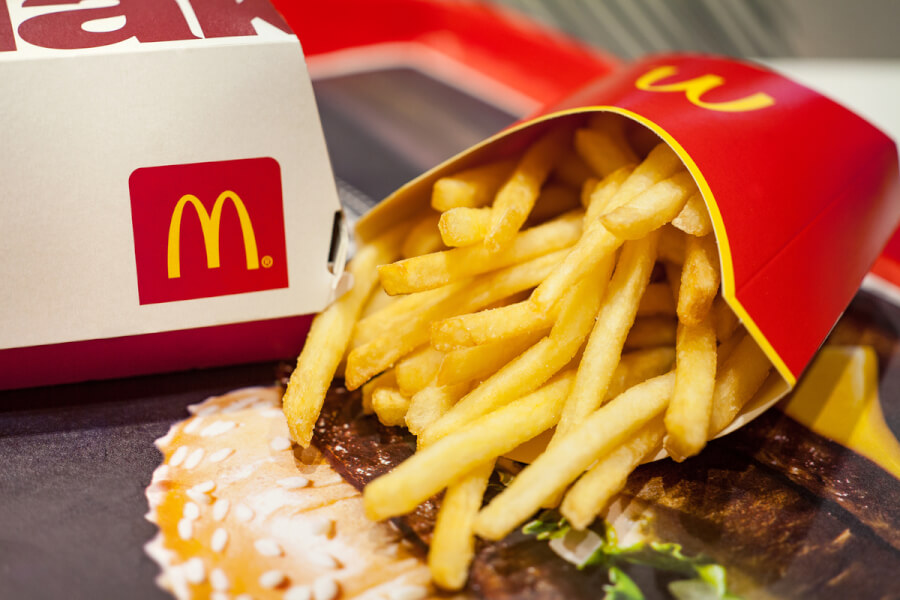 An ingredient used in cooking McDonald’s french fries may someday help to regrow hair on patients suffering from male pattern hair loss. However, contrary to some of the outlandish headlines this scientific development first prompted, eating McDonald’s fries won’t help you get there.

Dimethylpolysiloxane, or DMPS, the chemical compound in question, is a silicone-based polymer that has a number of uses, one of which is as an antifoaming agent. McDonald’s adds DMPS to the cooking oil for its fries to prevent foaming, which can prove hazardous to workers in the fast-food chain’s kitchens.

So, it’s not all-together surprising that some overeager newspaper editors made the unfounded link between McDonald’s fries and hair regrowth after the 2018 publication of a groundbreaking Japanese research project.

As previously noted, DMPS is a very versatile chemical compound. While it does help to keep cooking oil from foaming up at high temperatures, it also is a useful tool for tissue culture in research laboratories. DMPS helps to diffuse oxygen, which makes it an ideal agent to promote the growth of cells that have been mixed together in culture.

What the Study Revealed

In the Japanese research study, published in the February 2018 issue of Biomaterials, DMPS helped early-stage hair follicle cells to come together in vitro to form tiny balls of cells known as hair follicle germs, or HFGs. When transplanted into nude laboratory mice by injection, these HFGs led to hair growth.

The study’s lead author, Junji Fukuda, a professor at Yokohama University, explained that the key to the success of the experiment was “the choice of substrate materials for [the] culture vessel.” DMPS was selected because of its oxygen permeability, and it worked extremely well, said Fukuda.

Apart from transplantation and replacement, the primary hair loss treatments today are Propecia (finasteride) and minoxidil. The former is considered the treatment of choice by the American Hair Loss Association, although AHLA recommends the use of minoxidil in cases where finasteride fails to produce the desired results.

Finasteride is an oral medication that over time reduces levels of dihydrotestosterone, or DHT, a derivative of testosterone that is known to shrink hair follicles to the point where they can no longer support hair growth.

Fukuda sees a potential role for DMPS in the battle against hair loss. “This simple method is very robust and promising,” he said. “We hope that this technique will improve human hair regenerative therapy to treat hair loss such as androgenic alopecia,” the primary cause of hair loss.

In the meantime, McHair is not on the menu. Instead, Propecia and its generic alternative, finasteride, remain the best weapons against hair loss. If you use either of these drugs, you may find that you can save both time and money by ordering them online from eDrugstore.com. Based in Tempe, Arizona, eDrugstore is an online facilitator that’s been in business since the late 1990s.

You will need a doctor’s prescription to purchase either Propecia or finasteride. If you already have one from your doctor, you can fax it or scan and email it along with your order. Alternatively, eDrugstore can arrange a complimentary online chat with a licensed U.S. physician who can authorize a prescription if appropriate. To learn more and possibly place an order, visit eDrugstore’s Hair Loss page.