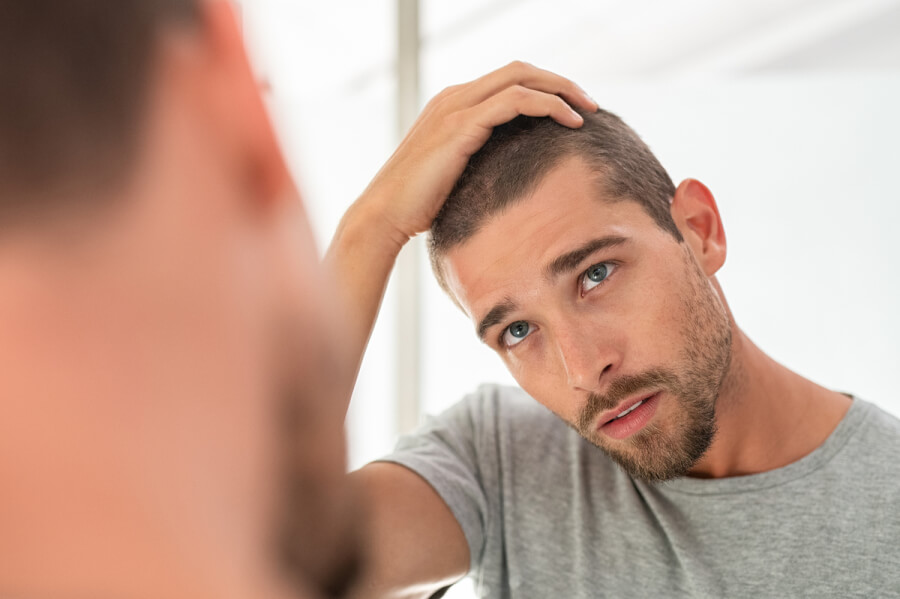 Amazon’s price for Propecia is lower than the three conventional retailers surveyed in this blog post. But eDrugstore.com’s price is competitive and a great deal when you also consider the convenience of seeing a doctor online to write your prescription.

Fighting a losing battle against male pattern baldness, the primary cause of hair loss in men? Propecia and its generic equivalent, finasteride, might be just what you’re looking for.

Recommended by the American Hair Loss Association as “the first line of attack for all men interested in treating their male pattern baldness,” finasteride has been shown in clinical trials to halt the progression of hair loss in the vast majority of male participants.

In the previously mentioned clinical trials, finasteride — the active ingredient in Propecia — stopped the progression of hair loss in 86 percent of men who took the drug. And 65 percent of the participants in those clinical trials reported significant new hair growth.

This blog post looks at both the effectiveness of Propecia/finasteride against male pattern baldness and the drugs’ current prices at a trio of conventional retailers.

Stop & Shop is a supermarket chain that operates primarily in the northeastern United States, while Giant Food Stores has supermarkets in the Middle Atlantic states. Costco is a warehouse discount club with stores throughout the country.

And we’ll also track prices at Amazon, a recent entry to the prescription drug market.

Among the three brick-and-mortar retailers, Costco had the lowest price at $4.01, but as of May 2022, has stopped stocking finasteride and Propecia. Giant and Stop & Shop, which are owned by the same company, are still stocking it and both charging $4.06 per tablet. This price is seven cents above the May average price of $3.99.

Amazon, however, has the lowest price for Propecia at $3.35 for a 1 milligram tablet.  This price has risen and dropped over the last few months, but has stayed consistently low.

When it comes to Propecia’s generic equivalent, finasteride, the price has held steady since it dropped in August 2021. The price for the generic drug at Giant/Stop & Shop is 64 cents per tablet, five cents below the industry average. Costco’s price had been 65 cents, but it has ended distribution. Amazon’s price is, again, the lowest at 32 cents.

One of the most competitive deals available comes from online supplier eDrugstore, which charges $5.06 for a 1 milligram tablet of Propecia and only 56 cents for a similar-sized tablet of finasteride. And eDrugstore’s competitive prices are just the beginning of the savings and convenience you can realize by ordering these drugs online.

Ordering online cuts out the bothersome travel to and from the pharmacy, not to mention the time spent waiting for the pharmacist to fill your prescription. And if you simply don’t have time to fit a doctor’s visit into your busy schedule, eDrugstore has you covered there as well.

We can schedule a complimentary online consultation with a licensed U.S. physician who can authorize a prescription if appropriate. This could represent significant savings in both time and money.

If you do opt to order online, our fulfillment team will quickly fill your order, package it discreetly, and ship it off to you free of charge. We’ll even include a free pill splitter with your first order, which can help you cut down even further on the costs of certain prescription drugs. To learn more, visit our hair loss page.