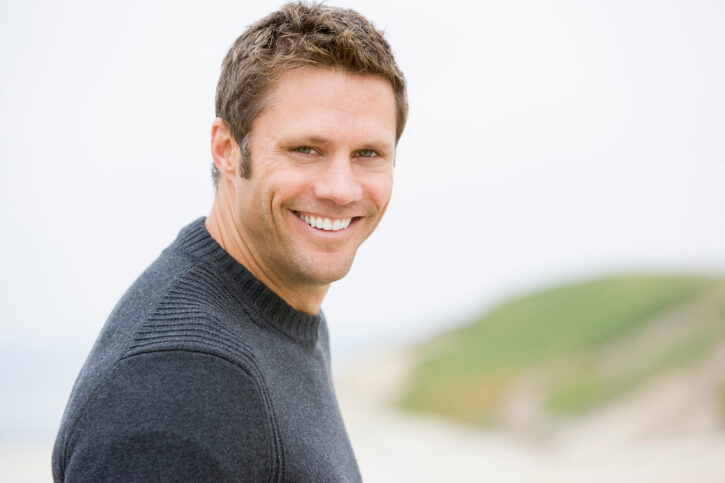 Taking a glance in the mirror isn’t always comfortable, as the many men and women who suffer from hair loss can attest. It can happen to young and older people, and sometimes there is little available to help.

But new hope has emerged from new research, and it could mean tremendous changes are on their way. Like any research, moving from clinical experiments through human trials to full approval for the population takes years. Sometimes decades. But a step in the right direction is still a step closer than we were before.

Hair loss has different causes, but these new discoveries could lead to a solution for many of them.

Types and Causes of Alopecia

Alopecia Areata is a skin condition that can describe patchy hair loss anywhere on the body, according to a review article published in the New England Journal of Medicine.  Doctors Amos Gilhar, Amos Etzioni, and Ralf Paus explain that while it’s known that Alopecia Areata is an autoimmune disorder, and a common one, there is still much to learn about the condition.

Androgenetic Alopecia may be genetic, and it affects more men than women. Age and certain health conditions, as well as medication, may also be contributors.

Hair loss has long been regarded as a perhaps unpleasant, but not threatening, health condition. Even when Alopecia is caused by another condition that is serious, hair loss, itself, generally isn’t.

But newer research in the psychological effects of thinning hair serves to change that mindset. The effects might be primarily psychological, but they can be serious.

The marvels of modern medicine have brought about better ways to treat different types of Alopecia. There is Rogaine, which is topical, Propecia, which is taken orally, and surgical techniques such as hair transplants and “scalp reduction,” which Mayo Clinic  explains as a surgical removal of part of the scalp.

Each of these work for some people in some situations, but some work better than others. Topical preparations have a high incidence of failure, and may take months before any difference is noticed. Propecia is not generally recommended for women, but it’s well tolerated by men. Side effects are rare. Comparing these two, Mayo Clinic says the topical Rogaine helps some people, while Propecia helps many.

In the more dramatic realm of hair loss remedies, surgical procedures are common. However, they are quite expensive and can be painful.

Many men and women simply want their hair to grow, or grow back. And science may be starting to understand just how to accomplish it. Research is only in the earliest stages, but so far, it looks promising.

The Proceedings of the National Academy of Sciences recently published the study, Microenvironmental Reprogramming by Three-Dimensional Culture Enables Dermal Papilla Cells to Induce De Novo Human Hair-Follicle Growth. This study is considered by the PNAS editorial board as having “exceptional significance.”

The title of the study is quite a mouthful. The short of it is that researchers have cloned human cells and caused them to grow hair. Naturally, there is much more to the story.

Researchers from Columbia University Medical Center and Durham University in England worked together and proved that it is possible to take donor hair follicles and grow new hair, says Melanie Haiken for Forbes. This is significant not just because the cells were cloned, but because cloned cells grew hair.

Angela Christiano, one of the researchers involved in the study, holds Alopecia as a cause near her heart — she suffers from Alopecia Areata. Christiano says the findings could “transform” the medical community as it pertains to hair loss. From just a few hundred donor hairs, much more hair could potentially be grown.

More About the Cloning Process

Cloning isn’t unheard of in the scientific community, but success with this type of cloning procedure is definitely new. Similar research in the past has made it through the cloning, but stopped short of being able to cause the cloned cells to grow hair.

The hair follicle cells, called dermal papillea, failed at some point in previous studies, and, as a result, were unable to generate hair growth. Examining those studies is what triggered the idea of a three-dimensional environment for cell growth in the new study.

In the past, a two-dimensional environment, Forbes suggests as a petri dish, induced significant changes in the molecular signature of the cells. These changes voided any potential that the cells might have had to grow hair.

In the new study, researchers created a three-dimensional environment in the petri dish, and that appears to have made all the difference. The process of cloning cells isn’t simple, but Christiano breaks it down a bit more.

First, a strip of skin is taken from a part of the donor’s head where hair is still growing. Dermal papillae cells are taken from this strip, and those cells contain the genetic code for that person’s hair growth. In the cloning part of the experiment, duplicates of those dermal papillae cells were grown in the three-dimensional environment — a tissue culture. In this case, the tissue was the discarded, circumcised foreskin from infants.

While the cells were growing, researchers turned the dish to help facilitate cell growth, and finally the cloned cells were grafted onto laboratory mice.

Of the seven mice that received a graft, five grew hair. The critical point is that the hair that grew from the grafts contained the DNA from the donor who supplied the strip of skin at the beginning of the experiment.

People who suffer from different forms of Alopecia could find the relief they want if future experiments can reproduce the results, and if research continues moving forward. Cloned cells are still a long, long way off from human trials, and longer still from being available to the public. What this study provides is a new and valid avenue for hope.

Advances in scientific research and medicine are truly astounding. While the processes and terminology can make the average mind boggle, the results can eventually benefit everyday men and women around the world.

Cloned cells regrowing hair has happened, but it’s not likely to happen universally for a long time. The research and clinical trials that led to scientifically proven and FDA approved Propecia also took many years. The difference? It’s available now.

eDrugstore.com sells Propecia, a proven hair-loss medication, at a competitive price. We offer the privacy and convenience of online ordering, and your discreetly-packed shipment arrives right at your door. If you’re ready to try something that works, see what eDrugstore.com has to offer.