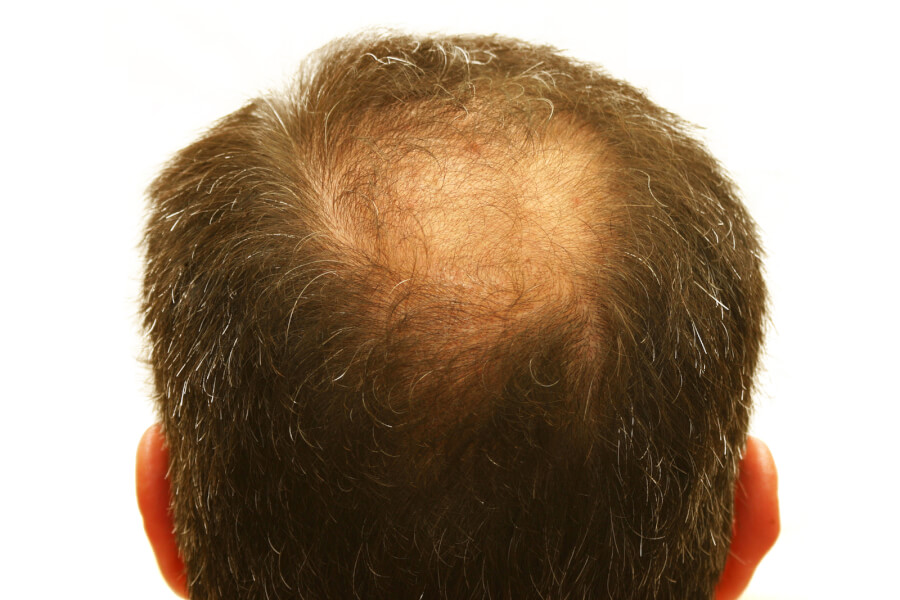 Fighting a losing battle against hair loss? For whatever comfort it may provide, rest assured that you’re not alone. Millions of American men and women find themselves in similar circumstances. And while there’s no miracle cure for the most common form of hair loss — male/female pattern balding — there are steps you can take to slow hair loss and hang onto what hair you have for as long as possible.

And for those whose hair loss isn’t caused by androgenetic alopecia — the scientific moniker for male/female pattern balding — but rather some other health condition, there’s often a chance that treating the underlying health condition will save your hair.

Find Out What’s Causing It

The best way to mount a campaign to hold onto your hair is to get an expert opinion about the cause of your hair loss. Your personal physician can probably help or, if not, he or she can probably refer you to a specialist — dermatologist or endocrinologist — who is more expert in treating hair loss problems.

Avoid self-treatment or treatment via the Internet, which all too often results in a thinning bank account to match your thinning hair. According to the American Hair Loss Association, millions of dollars are wasted each year on hair-loss treatments that are completely ineffective.

Eat Your Way to Healthier Hair

Because the health of your hair reflects your overall health, it’s important to do what it takes to stay healthy. And one of the most basic requisites for good health is a nutritious diet. While eating a well-balanced diet, low in unhealthy fats and empty calories, is a good start, you can further enhance your hair’s health — and hopefully its longevity — by making sure your diet includes plenty of nutrients that promote hair health.

Nutrients that are particularly beneficial for hair health include vitamin A, which promotes “the growth and health of cells and tissues throughout the body, including the hair and scalp,” according to Prevention. Vitamin A is present in a wide array of plant and animal foods, including red, yellow, and orange fruits and vegetables, such as carrots; eggs; fortified milk; fish oils; and liver. Other hair-healthy nutrients are vitamins B6, B12, and C; folic acid; protein; and zinc. It is also important to ensure that your hair is properly hydrated, so drink plenty of water every day.

Although countless shampoos are touted for their ability to make hair look thicker and more lustrous, only one ingredient has been proven effective in helping you to hold on to the hair you’ve got, according to MensHealth.com. That ingredient is an antifungal called ketoconazole, which fights dandruff but has also been found to reduce levels of testosterone in hair follicles. Testosterone in the hair follicles converts to dihydrotestosterone, or DHT, which is the primary culprit in male/female pattern balding.

Minoxidil is a topical medication that has been shown to reinvigorate shrinking hair follicles that otherwise continue shrinking until they can no longer support hair growth. Also sold under the brand name Rogaine, minoxidil must be applied to the scalp twice daily. Any positive results that may be achieved will be quickly lost once the user stops using minoxidil. Clinical trials have shown that minoxidil is most effective at slowing or halting hair loss, but some have claimed it can regrow hair as well. Minoxidil can be used by both men and women, and there are gender-appropriate formulations of the medication on the market.

Based on some unexpected findings from a cancer study back in the 1960s, those seeking to prevent further hair loss can give low-level light therapy a try, according to MensHealth. It seems that the cancer researchers zapped the shaved skin of laboratory mice with lasers in an effort to create a mouse model of cancer. Instead of cancer, the laser therapy promoted hair growth. This serendipitous discovery eventually led to Food and Drug Administration approval of this form of light therapy as a treatment for mild to moderate male/female pattern balding.

Results from a South Korean study seem to confirm the benefit of light therapy for female pattern hair loss. In a relatively small-scale study, researchers subjected 28 women with hair loss to laser therapy over a five-month period. One woman was removed from the study group when she developed another form of hair loss. All those who completed the study showed significant increases in both hair density and thickness.

You can visit a doctor’s office to have these light therapy treatments or buy yourself a LaserCap, which will set you back up to $3,000. The cap, which fits easily under almost any hat or cap, features more than 200 pulsing laser diodes that are powered by a portable battery pack.

For men fighting hair loss, the American Hair Loss Association recommends finasteride as “the first line of attack for all men interested in treating their male pattern baldness.” Because the medication can cause problems for women who are pregnant or could become pregnant, finasteride, also sold under the brand name Propecia, it is not recommended for use by women. However, some doctors prescribe the drug for women although it is clearly an “off-label” use of the drug.

Finasteride is an oral medication taken once daily. It works by inhibiting the effects of an enzyme known as Type II 5-alpha-reductase, which facilitates the conversion of testosterone into DHT, the primary culprit in male/female pattern balding. Like minoxidil, the effects of finasteride last only as long as the drug is taken daily as prescribed. Once you stop taking the drug, the positive effects quickly disappear.

How about a Home Remedy?

If all else fails or your pocketbook simply can’t handle the expense of other hair-saving options, you can always give some home remedies a try. Most of these have been in use for centuries and almost certainly must have some value or they would have been discarded long ago. You’ll find a number of these tried-and-true remedies at Top10HomeRemedies.com.

Among these home remedies, one of the most popular and widely used is massaging the scalp with one of several plant-based oils that have long been used for hair. Such oils include almond, castor, coconut, olive, and wheat germ. Massage the oil of your choice onto your hair and scalp by applying light pressure with your fingertips. Repeat this massage procedure at least once a week.