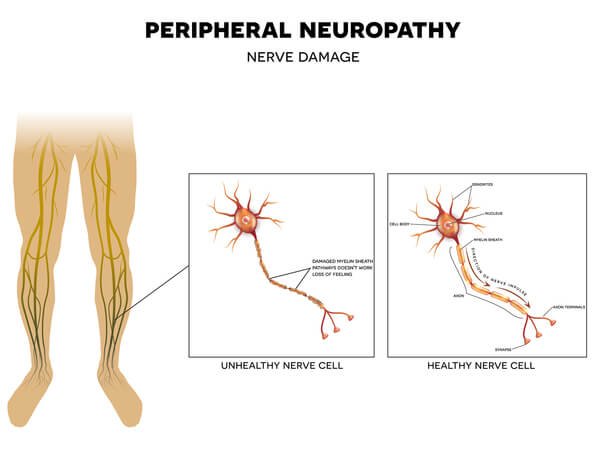 Preliminary animal research indicates that sildenafil citrate, Viagra’s active ingredient, could help relieve the discomfort of sciatica. Inflammation of the sciatic nerve is a common cause of lower back and leg pain.

Viagra, the little blue pill that revolutionized the treatment of erectile dysfunction, was actually discovered quite by accident. While running clinical trials to see how effective sildenafil citrate was in treating angina and high blood pressure, Pfizer researchers in the United Kingdom noted that the compound was having an unexpected side effect on the study’s male participants.

While sildenafil citrate proved to be no great shakes when it came to treating angina and hypertension, it was causing male participants, even those with a history of impotence, to get some pretty impressive — and long-lasting — erections. Thanks to this serendipitous discovery, Pfizer scientists soon took their research into sildenafil citrate in a whole new direction.

Now, more than two decades after the U.S. Food and Drug Administration first approved Pfizer’s petition to market Viagra as a treatment for erectile dysfunction, the little blue pill has been shown to be quite versatile, offering a far broader range of medicinal properties than originally foreseen. One of the most recent revelations of Viagra’s versatility comes in the form of a Turkish study showing that daily doses of the drug given to lab rats significantly reduced the discomfort of sciatica.

Among the most common forms of lower back and leg pain, sciatica is the term used to describe the pain that occurs along the path of the sciatic nerve, part of the body’s peripheral nervous system and the largest single nerve in the body. The nerve originates at the back of pelvis, where it divides into two branches, each of which extends through the hip, thigh, and down either the right or left leg. This pain can take a variety of forms, ranging from a mild ache to a somewhat sharper burning sensation and on to extreme, disabling pain. Triggering this painful condition is anything that puts pressure on or otherwise inflames the sciatic nerve.

The Turkish study, conducted by researchers at Inonu University School of Medicine in Malatya, was published in the March 2016 issue of Balkan Medical Journal. The researchers’ aim, as laid out in the introduction to their study, was to determine if — and to what degree — treatment with sildenafil citrate, the active ingredient in Viagra, could help regenerate the sciatic nerve in an animal model of sciatic nerve damage.

Researchers began their study with 30 adult laboratory rats, which were divided into three groups of 10 each. A crush-type injury to the rats’ sciatic nerves was induced by clamping each animal’s right sciatic nerve for a period of 60 seconds.

One day before the simulated crush injury, each group of rats was started on a 28-day dosing routine. Rats in the first group were given a daily dose of 20 milligrams of sildenafil citrate per kilogram of body weight, which was delivered via a nasogastric tube. The second group of rats received 10 milligrams of sildenafil per kilogram of body weight every other day, while the third group received no medication at all.

Six weeks after the creation of the nerve damage in the laboratory animals, researchers evaluated the impact of sildenafil on sciatic nerve regeneration through functional testing, microscopic examination of nerve tissue, and bone density tests.

Rats in all three groups were subjected to rotarod performance tests of their endurance. The animals were subjected to four-minute rotarod testing during which the speed of the rod they walked on accelerated from 20 to 40 revolutions per minute. Researchers found that the lab rats in group three, which received no medication, showed the lowest level of endurance, spending the least amount of time on the rods.

No significant disparities were noted between the three groups of rats in the hot plate latency examinations, a test of the animals’ pain response. However, microscopic examination of nerve tissue showed the greatest degree of nerve regeneration among the rats in group one, which were given the highest dose of sildenafil during the dosing regimen. Rats from group three, which received no medication, showed the least amount of nerve regeneration. Bone density testing showed little, if any, difference between the three groups of rats.

In the conclusion to their study, the Turkish researchers said that their findings demonstrate the positive effects of sildenafil on recovery from nerve damage. They called for further testing to determine if the findings from their animal test can be replicated in humans.

Earlier evidence of sildenafil citrate’s nerve regenerative properties comes from an animal study of the drug’s effects on the peripheral nerve damage that is the most common complication of type 2 diabetes. That study, conducted by neurology researchers at the Henry Ford Hospital in Detroit, showed that the ED drug was effective in animal models of advanced peripheral neuropathy.

The study’s lead author, neuroscientist Lei Wang, M.D., explained to ScienceDaily.com that most earlier studies showing certain drugs to be effective in animal tests failed to produce comparable results in clinical trials. He explained that “generally, young diabetic animals with an early stage of peripheral neuropathy are used to investigate various drug treatments. But patients with diabetes who are enrolled in clinical trials often are older and have advanced peripheral neuropathy.”

Wang went on to explain that researchers’ failure “to develop and properly evaluate treatments in the laboratory that properly reflect the target clinical population with diabetic peripheral neuropathy may contribute to the failure of clinical trials.”

To more closely replicate the clinical trials with diabetic patients who have advanced peripheral neuropathy, Wang and his colleagues selected older male mice — 36 weeks old, equivalent to middle age in humans — with type 2 diabetes. Thirty diabetic mice in this age range were divided into two groups of 15 each. The first group was given an oral dose of sildenafil citrate daily for eight weeks, while mice in the second or control group got only a saline solution.

Wang reported that nerve and function tests on rats in both groups showed that “sildenafil markedly improved sensory function starting at six weeks after treatment compared with saline-treated diabetic mice.” The results of the Henry Ford Hospital study were published in the February 17, 2015, issue of PLOS One.