Study: 5 Ways You Are Causing Your Sexual Dysfunction 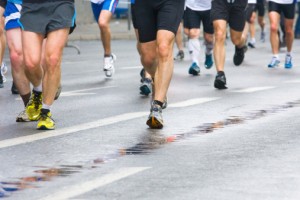 You don’t have to run a marathon, but keeping physically active on a regular basis can help to prevent impotence and a loss of sexual desire.

The unhealthy lifestyle choices you make can sabotage your sex life, according to a study conducted by researchers at Australia’s University of Adelaide.

Unhealthy choices such as overeating, smoking, drinking too much alcohol, and lack of physical activity can not only dampen your level of sexual desire, or libido, but can also make it difficult — if not impossible — to achieve and maintain an erection strong enough for sexual intercourse.

The good news from the Australian study, published in The Journal of Sexual Medicine, is that in a large number of cases, changing your behavior can reverse some or all of the damage these unhealthy lifestyle choices have caused.

The study, sponsored by the university’s Freemasons Foundation Centre for Men’s Health, was based on analysis of health data collected from 810 randomly selected men between the ages of 35 and 80. The men paid visits to local health clinics at the outset of the study and five years later at the conclusion of the study.

Over the five-year course of the study, 31 percent of the men developed symptoms of erection dysfunction. Of the study’s findings, Gary Wittert, director of the Freemasons Foundation Centre, says, “the major risk factors for this are typically physical conditions . . . such as being overweight or obese, a higher level of alcohol intake, having sleeping difficulties or obstructive sleep apnea, and age.

While it’s clear that men whose erection dysfunction is in part a symptom of advanced age can do nothing to alter their age, they can often relieve some of the symptoms by making changes in the way they live their lives. 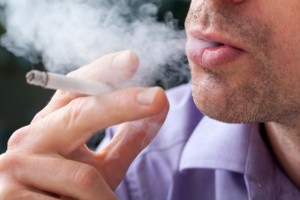 Smoking is widely associated with a buildup of plaque in your arteries, which is bad for your penile health as well as your heart

29 Percent Remission
Among the men in the study who were diagnosed with ED, 29 percent of them were able to achieve significant remission of ED symptoms by making positive lifestyle changes. Wittert says: “This shows that many of these factors affecting men are modifiable, offering them an opportunity to do something about their condition.”

The benefits of healthy lifestyle changes are not limited to improvements in your sexual health and activity but extend to key areas of your overall health, most notably in reducing your risk of heart attack and stroke.

The results of the Australian study are consistent with earlier research that has shown that erection dysfunction, particularly among younger men, is a fairly reliable indicator that overall cardiovascular health is at risk.

Strong Blood Flow Essential
Both your penis and your heart depend on strong blood flow to operate properly. If some of your unhealthy habits are restricting blood flow to the penis, you can be sure that they are doing damage to your cardiovascular system as well.

Here are five “modifiable” behaviors that the Australian study implicated as major causative factors of sexual dysfunction:
1. Smoking: Men who want to perform at their very best in the bedroom should quit smoking if they already do or avoid this unhealthy habit if they’ve not yet picked it up.

More than a decade ago, researchers analyzed data from 4,764 Chinese men — average age of 47 — who completed a health survey. The results of the study were subsequently presented at the American Heart Association’s annual Conference on Cardiovascular Disease Epidemiology and Prevention. According to WebMD, the study found that men who smoked more than 20 cigarettes a day had a 60 percent higher risk of erection dysfunction than men who had never smoked.

Smoking has long been associated with atherosclerosis, a buildup of plaque in the arteries that restricts the blood flow through these vessels, giving rise to a host of circulatory problems, including ED.

2. Poor Nutrition: In the same way that smoking can cause plaque to accumulate along the walls of your arteries, eating a diet high in unhealthy fats and sugars can have much the same result. Changing your unhealthy eating habits can help you reverse the symptoms of erection dysfunction and improve your overall cardiovascular health. 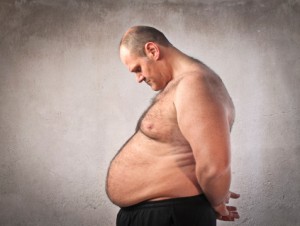 Poor eating habits and carrying around excess weight are both factors that can increase your risk of sexual dysfunction.

Long recognized for its heart-healthy effects, the so-called Mediterranean diet appears to be beneficial for men who are experiencing symptoms of impotence or lagging sexual desire, according to WebMD. The diet, common among those living along the shores of the Mediterranean Sea, is rich in heart-healthy fats, including olive oil, as well as fruits, vegetables, whole grains, fish, and red wine.

3. Excess Weight: If you’re carrying around too much weight and have a belly that makes it difficult to see your penis, the odds are good that losing some of that weight can help prevent — or reverse — the symptoms of erection dysfunction. In an article for Health.com, author Ann Harding interviewed Kevin Billups, M.D., an associate professor of urology at the University of Minnesota in Minneapolis.

While dire warnings about the dangers of diabetes, heart disease, and stroke often fail to get the attention of his overweight patients with ED, Billups says, “When I talk about restoring penile health, I have their attention.”

Billups says that when a patient comes to see him about ED, he routinely asks the patient to stand up and look at his belly. “If you can’t see your penis,” he says, “that’s a problem.”

4. Physical Inactivity: Being a couch potato can cause a host of health problems, not the least of which is impotence. Getting and staying active on a regular basis can help reverse such health problems or prevent them if they’ve not yet started.

Even a little bit of physical activity — such as walking 30 minutes a day a few times a week — can help to reverse the symptoms of erection dysfunction by improving blood flow to the penis. Wayne Hellstrom, M.D., professor of urology at the Tulane University School of Medicine in New Orleans, says the key to exercise’s benefits for the penis — and the heart — is its positive effects on the functioning of the endothelium, which make up the inner lining of blood vessels. 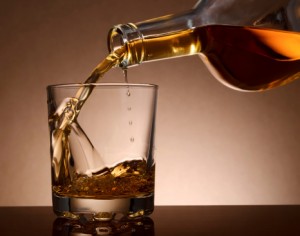 Overindulgence in alcohol can short-circuit your sex life in more ways than one.

5. Too Much Alcohol: While studies have shown that small amounts of alcohol — most notably red wine — can help to promote cardiovascular health, the negative effects of too much alcohol when it comes to sex are also relatively well known, particularly by men who have experienced them first-hand.

A little bit of alcohol may help to set the mood for romance, but the moment can be lost if either or both parties overindulge. A study in the Indian Journal of Psychiatry reveals that sexual dysfunction was very common among men who were diagnosed as being dependent on alcohol.

If one or more of these lifestyle choices is interfering with your love life, you may very well be able to turn things around by changing your ways and opting for a healthier approach to life.