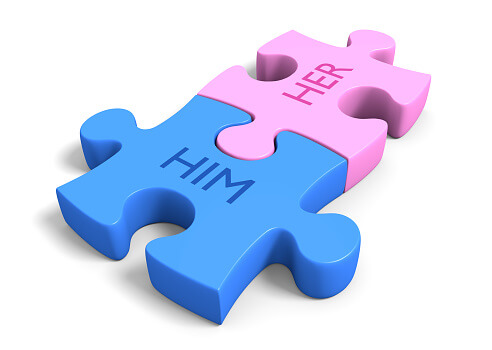 After years of pushing for a drug they can call their own, it appears women with problems of sexual dysfunction may soon get what they’ve been asking for.

In early June, an advisory panel of the Food and Drug Administration voted 18-6 to recommend that the FDA approve flibanserin, a medication that its backers claim can treat hypoactive sexual desire disorder, or HSDD, the most common form of female sexual dysfunction.

If the FDA takes its panel’s advice (and it must act one way or the other by August 31), flibanserin will come to market under the trade name Addyi, joining Viagra and other male impotence drugs that first began hitting the market in the late 1990s.

The imminent arrival of Addyi, the first drug of its kind, almost inevitably begs the question of how these two types of drugs differ from one another, apart from the obvious fact that one is for women and the other for men. To make the comparisons as understandable as possible, we’ll compare Addyi to Viagra, which was the first of the male drugs to win FDA approval.

1. One’s Blue and One’s Pink: To dispense with the most obvious and superficial difference first, it’s important to note that Viagra, the first medication to treat erection problems in men, is blue in color, while Addyi is pink. It’s also another logical reason to select Viagra as our example since the other male impotence medications come in a variety of colors that would probably only confuse matters.

2. They Treat Different Forms of Sexual Dysfunction: Addyi, the active ingredient of which is flibanserin, targets decreased sexual desire in women, while Viagra (sildenafil) is designed to make it easier for impotent men to get and keep an erection.

Although some men also suffer from a loss of libido, Viagra in no way helps to fan the flames of desire, which can be a purely psychological problem or stem from a combination of psychological and physiological factors. Counseling, antidepressants, and medications to increase a man’s testosterone levels may help to overcome such problems, but Viagra and the other male impotence drugs will do nothing to address them.

As previously noted, female sexual dysfunction most commonly manifests as a lack of sexual desire, so it has always seemed the most logical target of a medication to help women recapture their love lives.

However, flibanserin’s critics object to the pharmaceutical industry’s increasing medicalization of sexuality. Among the most vocal critics of flibanserin are psychologist Leonore Tiefer, Ph.D., an associate professor of psychiatry at New York University School of Medicine, and Adriane Fugh-Berman, M.D., an associate professor in the Department of Pharmacology and Physiology at the Georgetown University Medical Center.

Tiefer questions whether a woman’s naturally waning interest in sex as she ages is necessarily a problem. “The misrepresentation that everybody should be having it — needs to have it, wants to have it, has a problem if they don’t have it — is to change, really, what sexuality is into more a medical thing,” Tiefer told NPR. “I think that’s a terrible direction for knowledge, for understanding, for society.”

Equally outspoken is Dr. Fugh-Berman, who told NPR that “there’s really been a move toward medicalizing normal human experience. And while there are certainly some women who have very troublesome symptoms of low libido, it’s not at all clear that medication is a good answer for them.”

3. Viagra and Addyi Work in Very Different Ways: Because they are tackling very different problems, Viagra and Addyi differ significantly in the way they work in the body. Viagra was the first of the so-called PDE5 inhibitors, so called because they temporarily disable an enzyme known as phosphodiesterase-5 that can interfere with erectile function if allowed to do its own thing.

To truly understand how Viagra and the drugs like it work, it helps to know a little bit about the whole erection process. An erection originates not in the penis but in the brain with feelings of sexual desire. This libidinal flareup triggers a release of nitric oxide toward the pelvic region.

This flood of nitric oxide triggers secondary chemical reactions, one of which produces a chemical compound known as cyclic guanosine monophosphate, or cGMP. The cGMP compound relaxes the smooth muscles lining the blood vessels that supply the penis, optimizing blood flow and facilitating the erectile process by allowing a strong flow of blood into the spongy erectile tissues of the penis.

One of the primary tasks of the PDE5 enzyme is to break down cGMP. In men whose circulation is already somewhat compromised, the PDE5 enzyme can break down cGMP before the latter has completed its task, thus making an erection difficult or even impossible to achieve and maintain. By holding the PDE5 enzyme at bay for four or five hours, Viagra and the other PDE5 inhibitors make it easier for men with decreased blood flow to the penis to get and keep an erection strong and long-lasting enough for intercourse.

In contrast, flibanserin works on brain chemistry to help women fire up their libido. As explained by Cindy Whitehead, CEO of Sprout Pharmaceuticals, which holds the patent for flibanserin, the drug rejiggers the balance of neurotransmitters in the brain, helping to increase the brain chemicals that foster sexual desire while inhibiting those that dampen desire. Specifically, flibanserin increases brain levels of dopamine and norepinephrine, which Whitehead describes as “excitatory factors for sex,” while lowering levels of serotonin, which tends to dampen the sex drive.

Although some of flibanserin’s critics have questioned its efficacy, Whitehead says clinical testing of the drug has produced some very positive results. Such tests, claims Whitehead, showed that the drug increased sexual desire in women by 59 percent and doubles their number of “satisfying sexual events.

4. One’s Daily and the Other’s as Needed: One very significant difference between flibanserin and Viagra and most of the other male impotence drugs is in how they are taken. To deliver optimal results, flibanserin should be taken daily. By contrast, Viagra and all but one of the other PDE5 inhibitors are taken on an as-needed basis, usually 30 minutes to an hour before sexual activity is expected to take place. The one exception among the male impotence drugs is Cialis for Daily Use, which is to be taken daily to allow men to achieve an erection whenever the need or desire arises.

5. Side Effects Differ: The most common side effects reported by participants in clinical studies of flibanserin are drowsiness, particularly when combined with alcohol consumption, occasional fainting, and a decline in blood pressure.

Viagra also causes a temporary drop in blood pressure, which makes its use incompatible with nitrate-based drugs that do the same thing. However, the most common side effects of the little blue pill are back pain, flushing, headache, indigestion, muscular pain or tenderness, nasal congestion, and nausea, most of which tend to disappear upon continued use of the drug. More serious side effects of Viagra include a sudden loss of hearing or vision or an erection that lasts for more than four hours.