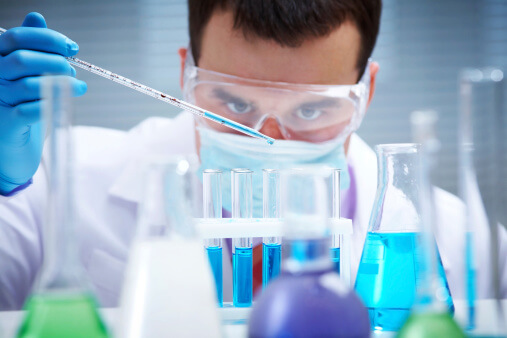 A growing body of evidence seems to indicate that the PDE5 inhibitors used primarily to treat erection problems may also be able to play an important role in fighting certain cancers. Recent studies show that these impotence drugs can work synergistically with anti-tumor medications to target and kill malignant cells.

These revelations represent an important addition to the growing list of medical applications that the impotence drugs seem to have above and beyond their ability to restore erectile function in many men who have lost it.

In one of the more recent findings, researchers at Virginia Commonwealth University found that combination therapy with an anticancer agent known as OSU-03012 (AR-12) and sildenafil, Viagra’s active ingredient, was more effective than OSU-03012 alone. The combination therapy was tested against brain cancer cells.

How the Combination Works

Asked to shed some light on how the two drugs work together, Paul Dent, Ph.D., lead author of the Virginia Commonwealth University study, said that in combination the two drugs are more effective at destabilizing a chaperone protein known as GRP78. Reducing GRP78 expression and otherwise lowering chaperone function ¨kills brain cancer cells, including stem cell selected variants,¨ according to Dent.

According to an article posted at DailyMail.co.uk, findings from the VCU study may lead to new ways to combat a wide range of viral and bacterial illnesses, including influenza, hepatitis, MRSA (methicillin-resistant Staphylococcus aureus), and Ebola. Dent told the website that the study’s findings ¨prove that GRP78 is a ‘drugable’ target to stop viruses from reproducing and spreading. And in the case of bacteria, we have a new antibiotic target, DnaK, that if we’re careful and only use the OSU drug in hospitals, we’ve got something that can help to treat the superbugs.¨

In earlier laboratory and animal studies at VCU, sildenafil was used in combination with the potent chemotherapeutic agent doxorubicin to target prostate cancer cells. Together, the two drugs were not only more effective in killing cancer cells than doxorubicin alone, but the drug combo also significantly reduced heart damage that has long been associated with doxorubicin. These studies, published in the October 2010 issue of ¨Proceedings of the National Academy of Sciences,¨ were conducted in collaboration with medical researchers from VCU’s Massey Cancer Center.

Lead investigator Rakesh C. Krukeja, Ph.D., scientific director of VCU’s Pauley Heart Center, told ScienceDaily.com: ¨We believe sildenafil could be an excellent candidate for incorporation into cancer treatment protocols — with the potential of enhancing the anti-tumor efficacy, while protecting the heart against both short-term and long-term damage from doxorubicin.¨

In late 2006, scientists at Johns Hopkins Kimmel Cancer Center reported that sildenafil alone helped to ¨unmask¨ cancer cells so that the immune system could recognize and attack them. In a report published in the November 2006, issue of ¨The Journal of Experimental Medicine,¨ researchers said tests on laboratory mice with implanted breast and colon tumors showed tumors were reduced two- and threefold in sildenafil-treated animals, compared with mice that weren’t treated with sildenafil.

As proof of their hypothesis that sildenafil bolsters the immune system’s cellular response to cancer, researchers noted that tumors were completely unaffected in mice engineered to lack an immune system.

Johns Hopkins researchers said that sildenafil triggers increased levels of the chemical messenger nitric oxide, which seem ¨to dampen the effects of a specialized cell that diverts the immune system away from tumors, allowing swarms of cancer-attacking T-cells to migrate to tumor sites in the rodents.¨

The study team also reported that laboratory-grown cancer cells treated with sildenafil reacted in much the same way, as did tissue samples taken from 14 multiple myeloma and head and neck cancer patients.

The targets of Johns Hopkins researchers in the 2006 and subsequent studies were myeloid-derived suppressor cells, or MDSCs, which tumors use to help them stay hidden from T-cells. MDSCs themselves produce nitric oxide, which creates a fog that helps to mask malignant cells. Using sildenafil or other PDE5 inhibitors seems to reverse this process, cutting the production of nitric oxide by MDSCs, and thus allowing other immune cells to spot the cancer cells and attack them.

Building upon their findings in the 2006 study, Johns Hopkins researchers conducted a human study in a 50-year-old male patient with end-stage multiple myeloma. Their findings, published in the August 2014 issue of ¨Cancer Immunology Research,¨ confirmed what they had found in their earlier animal and laboratory studies. This time around, researchers used tadalafil, the active ingredient in Cialis, but the end-result was much the same. The PDE5 inhibitor effectively blocked MDSC function and restored the patient’s immune responsiveness.

Similar findings came from a recent study at South Florida’s Sylvester Comprehensive Cancer Center where researchers found that patients with squamous cell cancers of the head and neck treated with tadalafil before surgery had more positive outcomes than those who didn’t get tadalafil. Interestingly, the Florida study was conducted in collaboration with researchers from Johns Hopkins.

In that joint study, it was found that tadalafil helped to block the effects of MDSCs and regulatory T-cells, or Tregs, both of which can suppress the body’s natural immune response to these cancers. Test subjects for the Sylvester Cancer Center study were patients who were scheduled to undergo surgical removal of squamous cell cancers of the mouth and throat. They were divided into three separate groups, one of which got 10 milligrams of tadalafil daily for 20 days prior to surgery. A second group received 20 milligrams of tadalafil daily, while the remaining group was given a placebo.

Both blood and tumor levels of MDSCs and Tregs were evaluated before and after surgery. The sharpest reductions in these levels were observed in patients getting the 10-milligram tablets of tadalafil daily. In patients getting pre-surgery tadalafil, levels of MDSCs and Tregs were lowered, while at the same time tests indicated sharply higher levels of tumor-specific CD8+T-cells at tumor sites.

For a follow-up study, researchers from Sylvester Cancer Center will partner with Olivera Finn, Ph.D., professor and chairman of the Department of Immunology at the University of Pittsburgh School of Medicine, to use tadalafil in combination with a powerful anti-cancer vaccine developed by Finn.

Known as the anti-MUC1 vaccine, it is designed to boost the body’s natural immune response against MUC1, an antigen that is found on the surface of various cancers, including squamous cell carcinomas of the head and neck. In this next round of studies, patients with stage 3 or 4 recurrence of squamous cell cancers of the head and neck will be treated with both drugs prior to surgical removal of these cancers. It is hoped that this combination therapy will be significantly more effective than tadalafil alone.