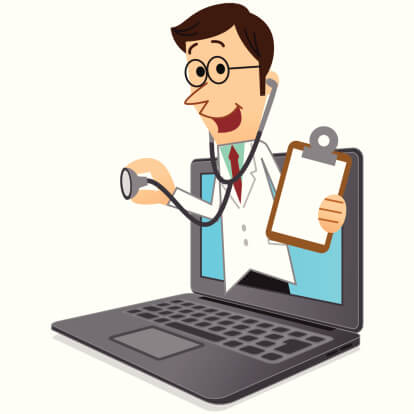 Telemedicine is hardly a new concept. In fact, some medical historians trace its roots back to the early years of the 20th century when Dutch physician Willem Einthoven pioneered the electronic transmission of electrocardiograms. However, many observers feel that the cutting-edge technologies of telemedicine are beginning to gain mainstream acceptance, even as the growing demand for affordable access to health care looks as though it may soon outstrip supply.

Telemedicine is defined by the World Health Organization as the use of information and communication technologies ¨to improve patient outcomes by increasing access to care and medical information.¨

In a thought-provoking article posted at Forbes.com on March 12, 2015, former U.S. Senator Bill Frist says that telemedicine offers one way to facilitate ¨hassle-free access to a provider that is more cost-effective.¨ Frist, who practiced as a heart and lung transplant surgeon before his years in the Senate, notes that telemedicine is gaining ground as ¨an alternative to urgent care or the emergency room for more minor concerns like ear infections and colds.¨

As evidence of such gains, Frist cites a recent announcement by Blue Cross Blue Shield of Massachusetts that it would launch a two-year pilot program offering video visits for patients of two physician groups. For this program, dubbed WellConnection, BCBSMA is partnering with American Well, a provider of software and support services for providers seeking ¨to offer a complete telehealth service.¨

In an interview, Greg LeGrow, director of network innovation for BCBSMA, told MobiHealthNews.com that video visits hold out the promise of improved access, quality, and efficiency, as well as patient and provider satisfaction.

In his interview with MobiHealthNews, LeGrow offered a few examples of patient-provider interactions that might be available. Providers could use the video service to monitor a patient’s recovery after a hospitalization, check a patient’s response to a newly prescribe medication, or check on the progress of a patient’s recovery from a concussion.

In yet another example of telemedicine at work, Fox4KC.com reports that the Kansas City Veterans Affairs Medical Center is using its latest technologies to bring health care to patients who may be hundreds of miles away from the center.

To facilitate the remote delivery of medical care to patients in their homes or VA outpatient clinics, the VA purchased 2,000 mobile care carts that feature connections for otoscopes, retinal scans, and stethoscopes and can deliver high-definition images. With these carts, nurses or technicians can use these multiple peripherals to do an exam on a patient that a doctor in the Kansas City medical center can monitor step by step.

Of the benefits from the VA medical center’s initiative, telemedicine coordinator Cheryl Ova told Fox4KC that it helps the center to reach patients that might otherwise fall through the cracks. ¨They don’t have the vehicle to make that long ride, or family to bring them on their days of appointments. Or illness has taken them to the point that the long ride makes them sicker.¨

Health Care Organizations on Board

Another sign that telemedicine is an idea whose time has finally arrived comes from the 2014 Telemedicine Survey conducted by Foley & Lardner LLP. Of the 57 top-level health care executives surveyed, 90 percent said that their organizations were either developing or had already implemented telemedicine programs. Organizations surveyed included both for-profit and nonprofit home health organizations, hospitals, and physician group practices.

Slowing more widespread adoption of telemedicine, according to Frist, are a number of barriers, the most notable of which are state regulatory policies that either limit or ban the practice of telemedicine. He reports that telemedicine-related legislation had been introduced in 36 states as of September 2015. To speed the implementation of telemedicine programs and safeguard the health and well-being of patients, Frist recommends that state legislation include the following elements:

Helping to fuel telemedicine’s growth is the realization by U.S. companies that their health care costs could be significantly reduced by jumping on the telemedicine bandwagon. Towers Watson, an international professional services company, in August 2014 said that based on its analysis of available data American companies could save more than $6 billion a year. To do this would require ¨all employees and their dependents to use the technology-enabled interactions available today in place of face-to-face visits to the doctor, urgent care center, or emergency room (for appropriate medical problems).¨

Acknowledging that such a wholesale shift to dependence on telemedicine may not yet be practical, Allan Koury, a senior analyst at Towers Watson, noted that ¨even a significantly lower level of use could generate hundreds of millions of dollars in savings.¨

According to Towers Watson’s 2014 Health Care Changes Ahead Survey of U.S. employers with at least 1,000 employees, 37 percent of employers said that they plan by end-2015 to offer their employees telemedicine consultations for non-emergency health issues. Another 34 percent expect to do the same but won’t implement their programs until 2016 or 2017.

Another revelation from the Towers Watson survey is the apparent reluctance of employees to opt for the telemedicine alternative over traditional in-person doctor visits. Based on its survey of companies that already offer telemedicine programs, per-member utilization of these services is below 10 percent, all of which indicates a need to better communicate the benefits of telemedicine to employees and the public in general.