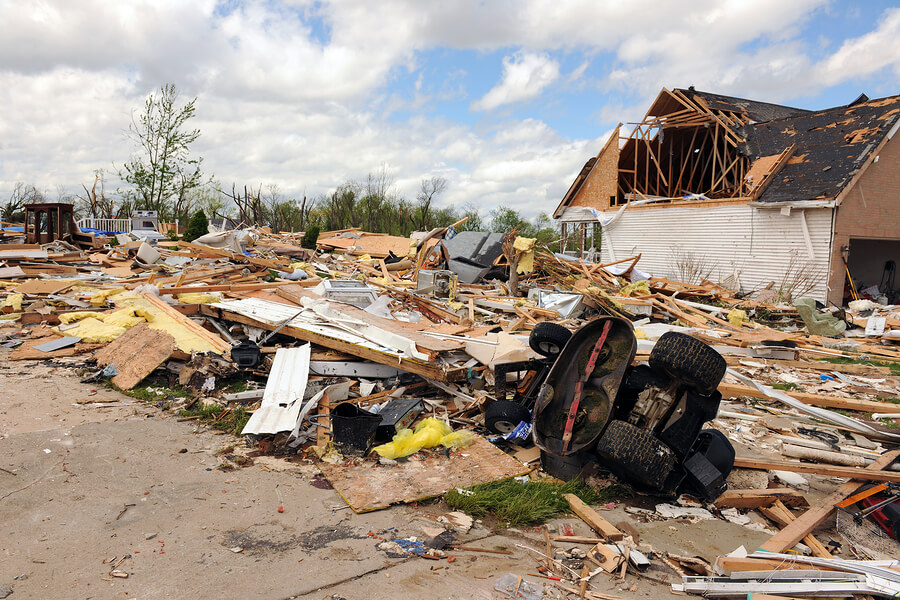 Telemedicine could eventually have a vital role in disaster relief efforts. Here’s how.

The use of telemedicine in disaster management may seem counterintuitive at first glance.

After all, disasters require hands-on decision-making and action at the scene. But it turns out that telemedicine may have an important role in disaster management, as disaster teams are now learning from looking back at historical disaster response situations. As just one example, in January 2013, a nightclub fire in Brazil killed 242 people. Dozens of survivors were taken to local hospitals, but a level-one hospital in Sao Paulo, some 800 miles away, was able to use telemedicine to assist local medical teams treating the victims.

One of the main hospitals that received victims, Hospital Universitario de Santa Maria, installed a regional telemedicine hub that operated uninterrupted for two weeks after the fire, allowing local staff to discuss challenging cases with specialists not just from Sao Paulo, but from around the world. Ventilation strategies for those with injured airways were critical, and the telemedicine hub allowed for remote assistance from highly trained specialists. All the patients admitted to Hospital Universitario de Santa Maria after the fire survived.

In the United States, an international meeting concerning the role of telemedicine in disaster scenarios was completed recently in southeastern South Dakota.

South Dakota is developing a multinational telemedicine hub that is designed to put telemedicine to work after natural or manmade disasters. Working with the North Atlantic Treaty Organization (NATO), Avera Health created a telemedicine hub in Sioux Falls to assess technology and equipment options that would be needed to provide healthcare services remotely. The recent multinational meeting involved representatives from NATO countries including the United States, the UK, France, and Romania, and the ultimate goal of the discussions was to improve survival rates after major emergencies, particularly when quick access to appropriate medical specialists on-location is not possible. Should a disaster happen in a remote area, or take out local medical facilities, such a telemedicine hub could provide responders on the scene with valuable information that could improve the chances for survival for victims.

Avera Health’s Good Track Record in Telemedicine in the Midwest

Avera Health, a ministry of the Benedictine and Presentation Sisters, is a regional healthcare system with 300 locations in South Dakota and surrounding states. Avera hosted the recent NATO visit and talks. The system’s telemedicine platform has developed an excellent reputation for providing healthcare to remote areas in the Midwest, such as those in South Dakota, where declining rural populations have left some areas underserved by medical specialities.

Avera’s telemedicine services director Donald Kosiak, who is a liaison with the NATO project told The Associated Press, “Right now when there’s a disaster most countries will send some sort of aid; United States sends teams, Romania sends teams.

What we are trying to say is, when you send those teams, could we embed telemedicine into those teams? Those teams can then use that technology to reach back to not only experts in their own country but experts around the globe.” More tests are planned, with one in Ukraine in September, and more planned in 2016. Project officials hope to launch the system by 2017.

While feet on the ground are essential to providing many services after natural or manmade disasters, teams of responders have to be fed, provided with water, clothing, and shelter, plus the equipment they need for medical care. What telemedicine could do is allow smaller teams to go into the field, yet receive expert advice, including step-by-step instructions from experts around the world on how to cope with specific needs when they’re discovered.

Regardless of the time of day or night, a telemedicine hub could potentially grant first responders access to some of the world’s most accomplished and experienced medical providers, while keeping down the costs of supporting responders in the field, since fewer of them may be required.

“Telemedicine” in simpler forms has been around for decades. A paper published in the American Journal of Disaster Medicine in 2014 covered a review of the literature using medical search engines for instances when telemedicine in any form was used after disasters starting in 1980 and continuing through 2013. Original articles, case presentations, clinical trials, review articles, book chapters, and information from the International Disaster Database were used in the review.

Eighty-eight of the 878 pieces of literature fulfilled the researchers’ selection criteria. While most of the literature studied talked about how telemedicine would be beneficial in disasters, 19 articles gave examples of effective telemedicine use after disasters. These articles made clear that telemedicine is a valuable communication tool between on-site humanitarian aid workers and medical experts who may be located far from disaster sites.

A 2013 article published in Telemedicine Journal and E-Health looked at telemedicine solutions to high service needs (like psychiatry) after disasters, and how telemedicine could be used to mitigate needs that often go unmet after catastrophe. The researchers, from Morehouse School of Medicine in Atlanta, conducted interviews with national organizations and regional key informants that assisted in the Gulf Coast recovery efforts after Hurricane Katrina in 2005. Researchers identified seven critical elements for successful telemedicine delivery in disasters:

They believe that understanding these critical elements can help with the development of a general framework that disaster relief organizations may use when developing telemedicine strategies in high-service areas after disasters.

At eDrugstore.com, we have worked for over 15 years with US-licensed pharmacists to deliver name brand prescription medications to over half a million satisfied customers. We offer competitive pricing, exceptional convenience, fast shipping, and an absolute commitment to customer privacy and online data security.